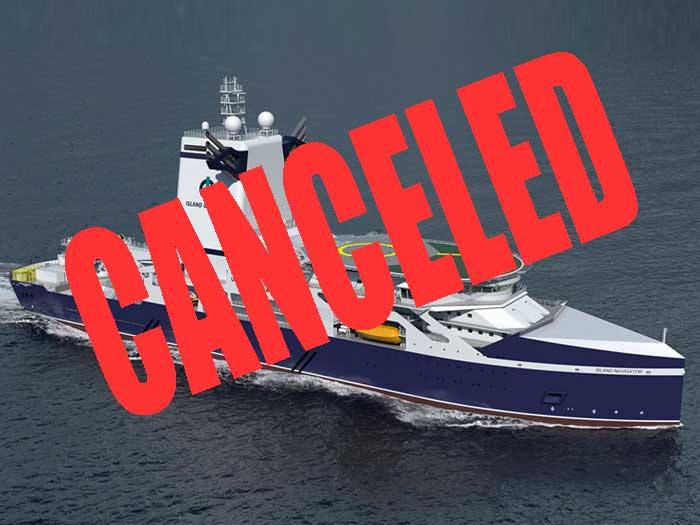 JUNE 27, 2017 — Japanese shipbuilder Kawasaki Heavy Industries has canceled an offshore vessel order placed in 2014 (see earlier story) by Island Offshore, in which the Chouest and Ulstein families are partners.

To be built to MOU (Mobile Offshore Unit) regulations, the vessel was intended for subsea operations, such as tophole drilling, light well intervention, subsea construction and inspection, maintenance and repair work. and was due for delivery in 2017.

Announcing the cancelation, KHI noted that currently, many marine-related companies are facing a tough business environment and noted that Island Offshore had, since November last year, temporarily suspended principal redemption and was in continuing talks with banks.