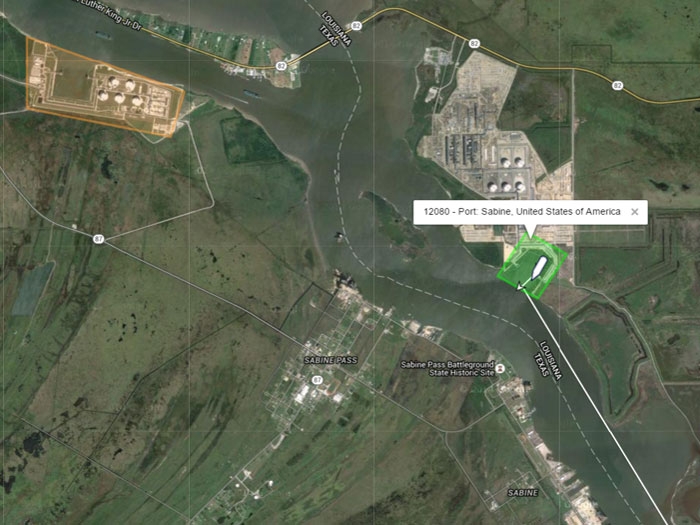 FEBRUARY 29, 2016—As we reported on February 25, the 160,000 m3 Asia Vision left Sabine Pass in Texas loaded with U.S.-produced LNG destined for Petrobras in Brazil.

Craig Jallal, Senior Data Editor, VesselsValue.com, the ship search, valuation and mapping service, reports that the historic sailing represents the first cargo of liquefied U.S. shale gas, and the first U.S.-produced non-Alaskan LNG cargo to be sold for export since 1957. The Asia Vision cargo was reported sold on the spot market to Petrobras as part of the run up to full operational status of first of the six gas liquefaction trains under construction at Sabine Pass. As is generally the case with LNG projects, technical issues have delayed the start of production, but the Cheniere Energy Inc., operated facility is expected to be exporting long-term contracted cargoes by the end of 2016.

According to documents filed with the U.S. Securities Exchange Commission in October 2011, the seller, Sabine Pass LNG L.P., has to offer the pre-contract cargoes to the buyer (then named as BG Gulf Coast LNG, LLC before the sale of BG International to Shell). If these cargoes are rejected, the seller has the right to sell to non-affiliated buyers. Indeed, the contract states the seller has to take reasonable steps to sell these trial-run cargoes, and should not pursue the buyer for compensation for damages.

Which is something of an issue today, as there is hardly a global shortage of natural gas, and prices have tumbled in the wake of the collapse of the crude oil price, with several producers are offering LNG cargoes in the spot market. But nonetheless, the sailing of the Asia Vision marks another entry of Sabine Pass into the history books.