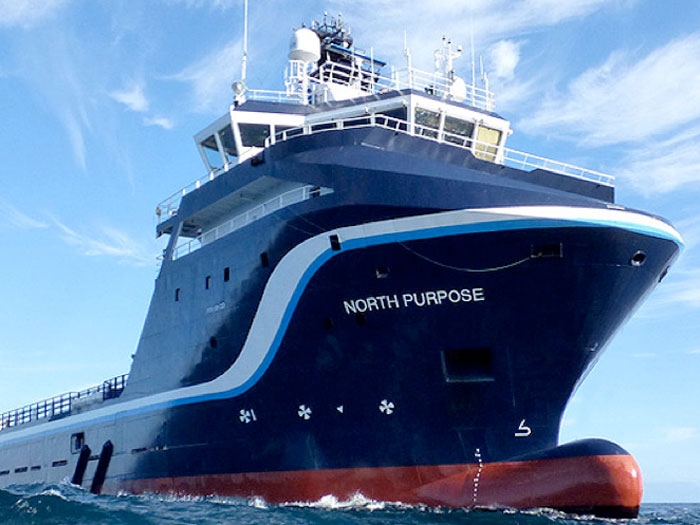 FEBRUARY 18, 2015—In what is expected to be a challenging year for offshore support vessel operators, investment banker Cowen and Company has put out a “Market Perform” rating on the shares of GulfMark Offshore (NYSE: GLF). Cowen put the target price for the stock at $17 per hare. As of close on February 17, shares were selling at $17.60.

Cowen and Company says GulfMark is doing everything that it can to weather the storm. This includes suspending buying back shares on the open market. Previously, the company had acquired roughly 6% of its outstanding shares in the fourth quarter of 2014.

Furthermore, GulfMark’s Board of Directors suspended the company’s $1.00 per share dividend until conditions in the offshore supply vessel industry have improved markedly. “Management remains focused on returning capital to shareholders,” writes Cown, “but we do not believe that the GLF will be able to reinstate its dividend until well into 2016 at the earliest. Gulfmark had $51 million of cash at the end of the fourth quarter and will need to maintain high utilization with its spot market vessels in order to remain free cash flow positive. Fortunately, without any debt maturities until 2019 the company has some time to turn things around.”

Meanwhile, Cowen reports that Gulfmark Offshore CEO Quentin Kneen painted a fairly bleak outlook for 2015 and 2016 on the company’s fourth quarter 2014 conference call when he explained that management expects dayrates and utilization to remain pressured through this downturn in the offshore contract drilling space. The company guided to overall utilization for 2015 of roughly 80% with utilization expected to start the year in first quarter of 2015 in the high 70’s. Average dayrates for the full year are expected to be down as much as 15-20% given the near-term oversupply in the OSV space.

Cowen and Company lowered its 2015 EPS estimate to $0.55 from $2.00 as “we account for dramatically lower revenue guidance based on the macro fundamentals in the offshore supply vessel industry. Similarly we are lowering our 2016 earnings estimate to $0.75 per share from $1.80 per share as we do not believe we will see a material uptick in offshore activity for a prolonged period. We maintain our Market Perform rating and lower our price target to $17 (from $23). Our new price target is based on a 6.5x EV/EBITDA multiple on our 2016 EBITDA estimate.”