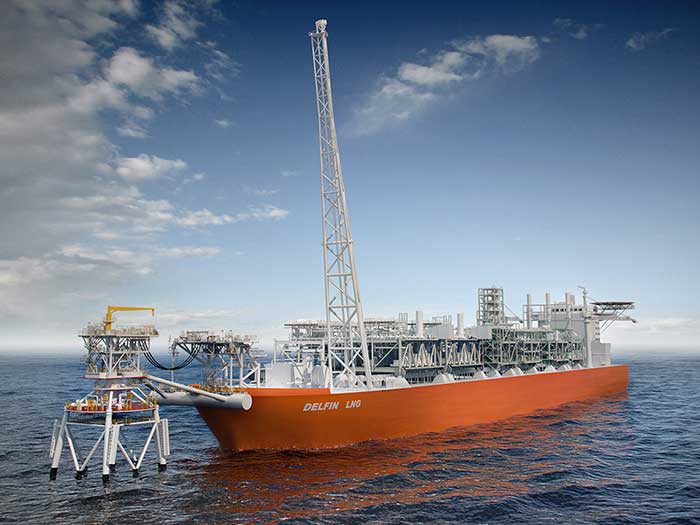 The agreement will facilitate the financing, marketing, construction, development and operation of Delfin LNG.

Delfin LNG is the first and only permitted floating LNG export project in the United States.

Delfin LNG is a brownfield deepwater port requiring minimal additional infrastructure investment to support up to four FLNG vessels producing up to 13 million tonnes of LNG per annum.

Delfin purchased the UTOS pipeline, the largest natural gas pipeline in the Gulf of Mexico, in 2014 and submitted its Deepwater Port license application in 2015. Delfin LNG received a positive record of decision from MARAD on March 13, 2017. On June 1, it received approval from the Department of Energy for long-term exports of LNG to countries that do not have a Free Trade Agreement with the United States.

Golar has successfully designed, financed, contracted, and built its first FLNG vessel, the FLNG Hilli Episeyo, which is scheduled to sail away from Keppel shipyard in Q3 2017. A second vessel of the same FLNG design, the FLNG Gandria, is soon to be converted subject to a Final Investment Decision by the Fortuna project partners. Golar is currently developing the Mark II next-generation floating liquefaction solution that is based on its industry leading Hilli and Gandria designs.

The Mark II solution, as used at the Delfin LNG project, will have >3.0 mmtpa of liquefaction capacity and, according to Golar LNG. will be the lowest cost liquefaction solution in North America.

It is expected that FID on the Delfin project will take place in 2018 with first LNG to be delivered in 2021/22.

Frederick Jones, CEO and Chairman of Delfin commented: “We look forward to working with Golar to deliver the first floating liquefaction project in North America and lead the second wave of US LNG projects. Golar’s flexible, floating liquefaction model has proven to be the world’s lowest cost liquefaction solution allowing Delfin to offer innovative commercial solutions with reduced credit requirements, mid-term offtake contracts (approximately 10 years) and FOB and DES LNG pricing based on fixed price, S curves or tied to a variety of energy indexes.”