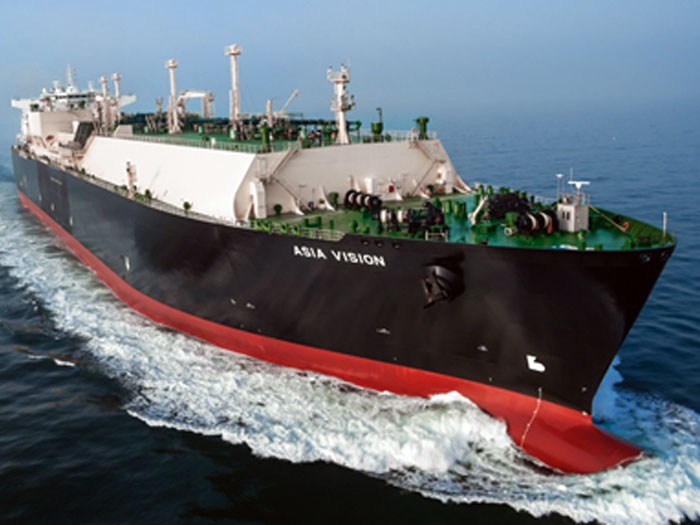 Cheniere Energy Partners, L.P., Houston, TX, said that the ship carried what is the first commissioning cargo with LNG produced from the first liquefaction train of its Sabine Pass liquefaction project in Cameron Parish, LA. The LNG carrier Asia Vision was chartered by Cheniere Marketing, LLC.

“This historic event opens a new chapter for the country in energy trade and is a significant milestone for Cheniere as we prepare Train 1 for commercial operations,” says Neal Shear, Chairman and Interim CEO of Cheniere Partners.

When the shipment arrives, Petrobras said the 160,000 m³ of LNG—equivalent to 96 million m³ of natural gas—would be taken to its regasification terminal in All Saints’ Bay, Bahia.

Following regasification at the terminal in Bahia, the fuel will be pumped into Petrobras’ network of gas pipelines to supply Brazil’s domestic market, mainly for use in thermal power plants.

The natural gas was processed and liquefied for shipment by Cheniere at an industrial facility built to make use of the abundant gas in the U.S. market following the shale gas revolution. Through this purchase, Petrobras is diversifying its portfolio of suppliers, making Brazil’s supply of natural gas more flexible and secure, and establishing an important commercial partnership in the Atlantic Basin.

, through SPL, plans to construct over time up to six liquefaction trains, which are in various stages of construction and development. Each liquefaction train is expected to have a nominal production capacity of approximately 4.5 million tonnes per annum of LNG. SPL has entered into six third-party LNG sale and purchase agreements (“SPAs”) that in the aggregate equate to approximately 19.75 mtpa of LNG and commence with the date of first commercial delivery of Trains 1 through 5 as specified in the respective SPAs.