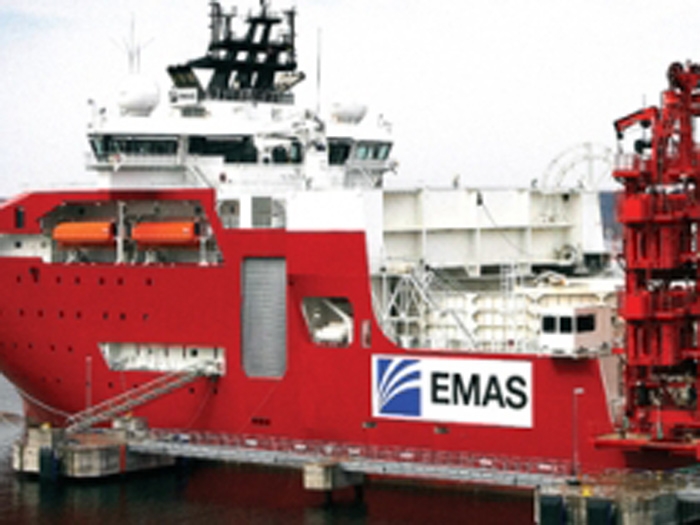 JANUARY 24, 2014 — Singapore’s Ezra Holdings reports that its subsea services division (EMAS AMC) has been awarded projects worth a total of approximately $80 million, including options. The news follows the January 17 announcement that Ezra has retained J.P. Morgan (S.E.A.) Limited to advise it on “strategic options for EMAS AMC that could include a U.S. listing..

The new projects cover a large spectrum of subsea work, including the decommissioning and towage of an FPSO in Asia and the deployment of an inspection, maintenance and repair (IMR) vessel in the Americas. Work for a majority of the contracts is expected to commence by the first half of 2014.

“We are extremely pleased with these contract wins, which allows us to showcase the breadth of capabilities that EMAS AMC possesses as well as our global reach,” said Ezra’s Group CEO and Managing Director, Mr. Lionel Lee. “It is an auspicious start to the new year. We are seeing a good pick up of activities in the key regions where we are focused on, and we are well-positioned to take advantage of the upturn in 2014.”

Ezra began the year with strong top-line growth with operational profitability, registering a 22% jump to $339.8 million in revenue compared to the corresponding period in FY13. The Group’s subsea order book stands at more than $1.4 billion and it is still tendering for some $9 billion in projects worldwide.