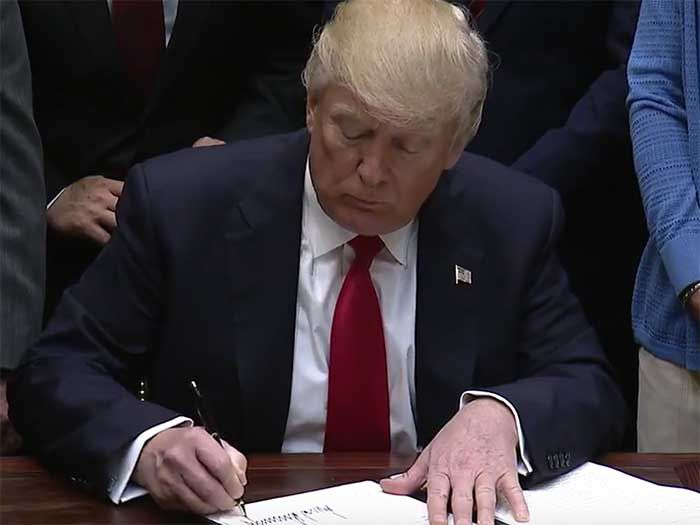 MAY 3, 2017 — Conservation and Alaska Native groups today filed a lawsuit against President Trump in federal district court in Alaska. It challenges his decision to eliminate a permanent ban on new offshore oil and gas drilling in the Arctic and Atlantic oceans.

President Trump’s April 28 executive order exceeds his constitutional and statutory authority and violates federal law. Responding to a national groundswell of opposition to expanded offshore drilling, President Obama permanently ended oil and gas leasing in most of the Arctic Ocean and key parts of the Atlantic Ocean in December, using his authority under the Outer Continental Shelf Lands Act (OCSLA). Until Trump, no president has ever tried to reverse a permanent withdrawal made under OCSLA, which does not authorize such a reversal.

Trump’s executive order could open up more than 120 million acres of ocean territory to the oil and gas industry, affecting 98 percent of federal Arctic Ocean waters and 31 biologically rich deepwater canyons in the Atlantic Ocean. Offshore drilling in these undeveloped regions threatens to harm irreplaceable wildlife, sensitive marine ecosystems, coastal residents and the businesses that depend on them, and our global climate.

The following is a statement from Earthjustice President Trip Van Noppen:

“In his first 100 days, Donald Trump has pulled out all the stops in attempting to roll back environmental protections at the behest of his fossil fuel industry cronies. His executive order attempting to undo President Obama’s historic protection of the Arctic and Atlantic oceans from drilling is part of a plan to sell off our oceans to polluting corporations at the cost of the safety of coastal communities, the fate of marine wildlife and our children’s future. We are going to court today to defend these irreplaceable waters and work along with millions of Americans who support a brighter vision for our nation and this planet.”

The League of Conservation Voters (LCV), which will be the lead plaintiff in the case, said that this was its first-ever legal challenge.

“Never in LCV’s history have we taken this step,” said Gene Karpinski, President of LCV. “The permanent protections President Obama established for the Arctic and Atlantic Oceans were won with years of research, lobbying and organizing. Offshore drilling and the associated threat of devastating oil spills puts coastal economies and ways of life at risk while worsening the consequences of climate change. Now, President Trump is trying to erase all the environmental progress we’ve made, and we aren’t about to go down without a fight.”

LCV says that, for nearly 50 years, it has been primarily known for holding elected officials accountable with tools such as its National Environmental Scorecard, which evaluates the environmental records of members of Congress,—and its aggressive electoral work to elect environmental champions on both sides of the aisle. But, it said, “in a country where too much of our government is controlled by forces hostile to conservation and environmental safeguards, we simply cannot afford to leave any tool in the toolbox.:

“By challenging Trump in court in this unprecedented way, we are signaling to Congress, the President and the people of this country our resolute and growing commitment to defending the Arctic and Atlantic permanent protections and halting the expansion of risky offshore drilling,” said Karpinski.