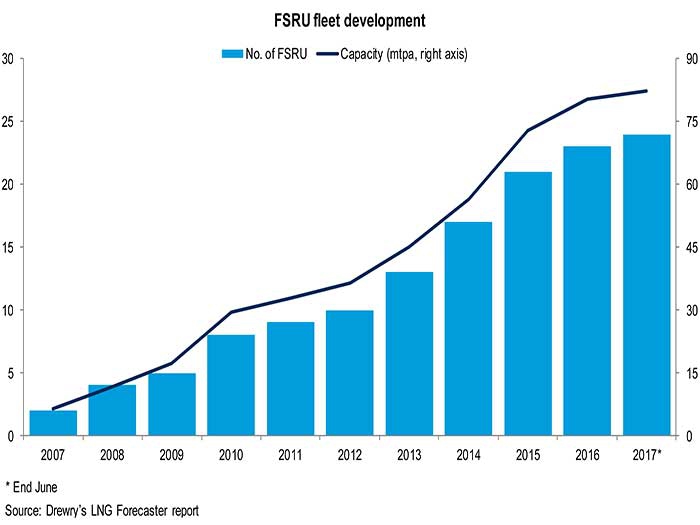 The global FSRU fleet has grown at a CAGR of 21% over the last five years, and currently there are 24 FSRUs operational with an aggregate LNG import capacity of 82 mtpa. An additional 74 mtpa of FSRU import capacity is under construction or in the planning stage.

FSRUs are attractive because of various advantages they have over land-based terminals, such as low cost, quick commencement and flexibility.

There are several reasons for this, says Drewry.

First, the number of players in the FSRU segment is growing, which is creating competition for the business. Secondly, falling asset prices of FSRUs is making it possible to charter out vessels at lower rates. Third, several old LNG vessels are looking to get an FSRU conversion contract, which adds to the pressure on charter rates.

Despite falling rates, owning an FSRU gives a better return than an LNG vessel.