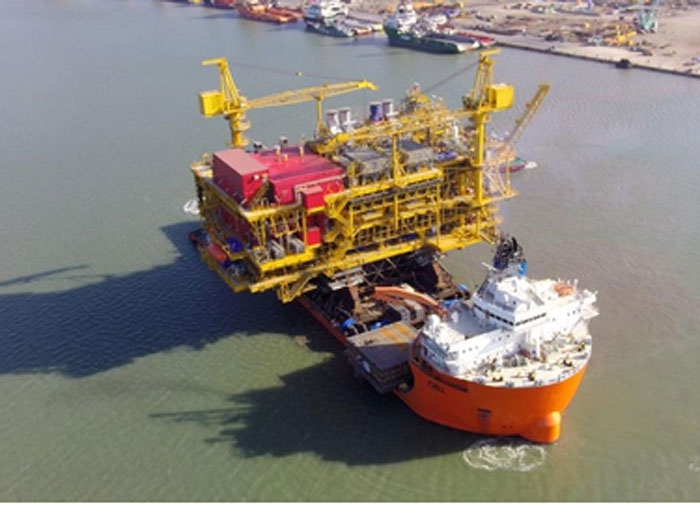 APRIL 1, 2016 — Royal Boskalis Westminster N.V. (Boskalis) reports that it has been awarded a $40 million contract by South Korea’s Samsung Heavy Industries for the transportation of the three topside modules of the riser platform and the topside of the processing platform for the Johan Sverdrup project offshore Norway.

The modules will be transported by Boskalis’s Dockwise subsidiary in three journeys.

The modules will be transported from the shipyard in Geoje, South Korea to the project site offshore Norway where they will be offloaded.

The transportation of the topside of the processing platform from South Korea will be executed by the Dockwise Vanguard and is expected to take place in the first half of 2019. Following its arrival in Norway, the cargo will be offloaded in a fjord near Stavanger.

Johan Sverdrup, located approximately 150 kilometers offshore Stavanger, Norway, is one of the five biggest oil fields on the Norwegian continental shelf with expected resources of between 1.7 and 3.0 billion barrels of oil equivalent. The project is a joint development by Statoil, Lundin Norway, Petoro, Det norske oljeselskap and Maersk Oil.