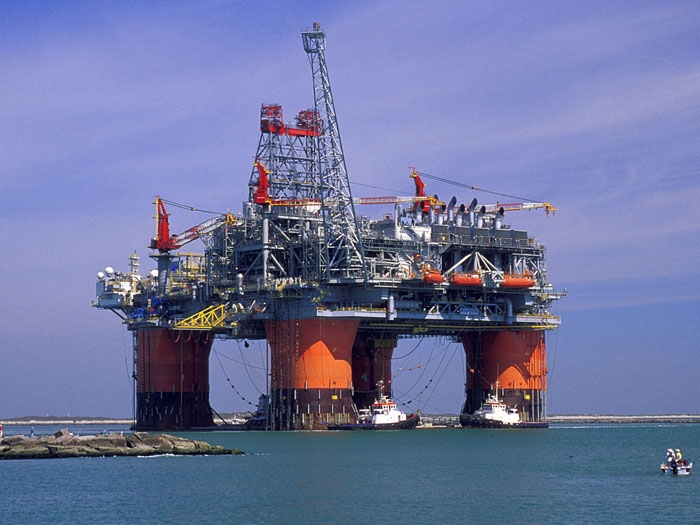 MARCH 20, 2014 — BP was the high bidder on 24 tracts in yesterday’s Central Gulf of Mexico lease sales with bids for $41.6 million. BP was back in the arena within days of signing an administrative agreement with the EPA, on behalf of the federal government, resolving all matters related to its suspension, debarment and statutory disqualificationfollowing the Deepwater Horizon incident.

Under the administrative agreement, which will apply for five years, BP has agreed to a set of safety and operations, ethics and compliance, and corporate governance requirements. It will also drop the lawsuit it filed against the EPA in federal court in Texas for improper statutory disqualification and suspension.

“These lease sales underscore the President’s commitment to create jobs and home-grown energy through the safe and responsible exploration and development of our offshore energy resources,” said Secretary of the Interior Sally Jewell. “The Gulf is a critical component of our nation’s energy portfolio and holds vital energy resources that spur economic opportunities for Gulf producing states as well as further reduce our dependence on foreign oil.”

Lease Sale 225, the first of two lease sales proposed for the Eastern Planning Area under the Five Year Program, was the first sale offering acreage in that area since 2008. The sale encompassed 134 whole or partial unleased blocks covering approximately 465,200 acres 125 miles south of eastern Alabama and western Florida. It did not receive any bids, but BOEM says that “continued interest in this area is evidenced by ongoing and planned activity on existing leases from past sales as well as from similar activity on existing leases immediately adjacent to this area within the Gulf’s Central Planning Area. The area will be offered to industry again in 2016 under the current Five Year Offshore Oil and Gas Leasing Program.”

In addition to opening bids for these two sales, BOEM opened three pending bids submitted in the August 2013 Western Planning Area Lease Sale 233 for blocks located or partially located within three statute miles of the maritime and continental shelf boundary with Mexico (U.S. – Mexico TransBoundary Area). A total of $21,333,850 in high bids was submitted on three tracts by one company — Exxon Mobil. Leases awarded as a result of these bids will be subject to the terms of the U.S.-Mexico Transboundary Hydrocarbons Agreement, which was approved by Congress in the Bipartisan Budget Act of 2013 and recently signed by the President.

“While domestic energy production is growing rapidly in the United States, the Central Gulf of Mexico, as demonstrated by today’s lease sale, will continue to be one of the cornerstones of the nation’s energy portfolio,” said BOEM Director Tommy P. Beaudreau. “The Gulf of Mexico is one of the most productive basins in the world, and the Obama Administration supports the development of our nation’s offshore oil and gas resources in the Gulf of Mexico while protecting the human, marine and coastal environments, and ensuring a fair return to the American people.”