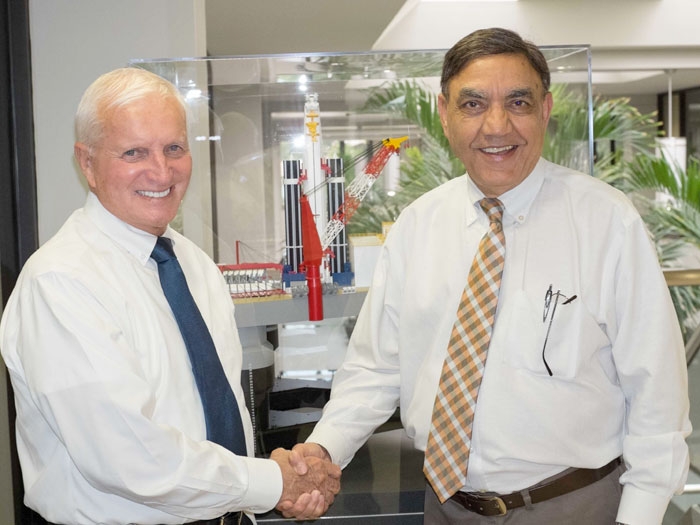 SEPTEMBER 2, 2014 — Houston based marine engineering and naval architecture consulting firm Zentech Inc. reports that Bob “Sonny” Fogal, one of the icons in the offshore oil and gas industry, has decided to retire from front-line work as Zentech’s Director of Business Development.

“All the serious players in our industry know Bob and his many accomplishments,” said Zentech’s President Ramesh Maini. “He is clearly among the elite in this group.”

Mr. Fogal has spent his entire career in the rig building business, starting with Levingston Shipyard and subsequent work with major designers and builders in the U.S. as well as Singapore, Japan, China, Brazil, India, South Africa, and the Middle East. His official full-time employment began in 1957, although he admits that he was actually working part-time in the shipyard even before then.

His earliest assignments included engineering, estimating and QA-QC in the shipyard, followed by equal success in construction, projects, yard management and ultimately sales.

“Since that time,” says Mr. Maini, “Bob has been heavily involved in the sale and building of over 100 rigs and vessels.”

Throughout his career, Mr. Fogal has accumulated many awards and accolades for his contributions to the industry. He has held memberships in IADC, MTS, SNAME, SPE and the NOMADS.

When asked about his future plans, Mr. Fogal was noncommittal about his next adventure, although he wants to spend more time with his wife at their home in Alabama, and also with his children, grand- and great-grandchildren.