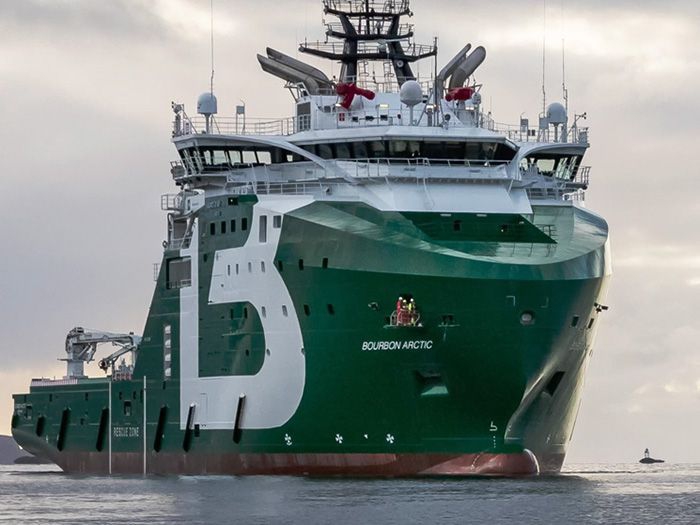 The company says that the continued downswing in activity in 2017 led to the working fleet being reduced to 334 vessels and the number of stacked vessels being increased by an extra 52 units. Adjusted revenue amounted to EUR 860.6 million, down 21.9% on the previous year. This was due to a working fleet utilization rate that was stable at 82.4%, and a fall of around $1,000/day in the average daily rate to $8,725.

As we reported last month, has Bourbon unveiled a reorganization plan that, among other things, involves shedding 41 of its oldest vessels and investing EUR 75 million over three years to invest in digitalization by connect 132 of its modern supply vessels (known as the “smart fleet”).

Meantime, Bourbon reports that the group was unable to comply with various covenants defined in its loan documentation as of December 31, 2017.

“”Under IFRS,” says Bourbon, “this breach of covenants at year-end requires the company to reflect the payability of its debt by reclassifying it as a current liability, even though its lenders have not requested repayment. The amount thus reclassified totaled €1,121 million at December 31, 2017.

“While discussions are ongoing, Bourbon has asked its lenders to postpone exercising their rights under the loan agreements, particularly the right to repayment. To date, the group is still waiting for several replies, but is confident that it will obtain these agreements for postponement.

“The group has therefore decided to enter into further discussions with its lenders, both in France and abroad, to balance the servicing of its debt with the expected gradual market recovery and the corresponding upturn in the group’s performance.

“This situation raises a material uncertainty with regards to the going concern, the company is however confident in its ability to find a balanced solution with its lenders – often long-standing partners – that suits all parties and allows the company to adapt its financing to its future development.

“The cash flow generated by the business will enable the group to meet its current operating needs. Accordingly, it has prepared its consolidated financial statements at December 31, 2017 on a going concern basis.”