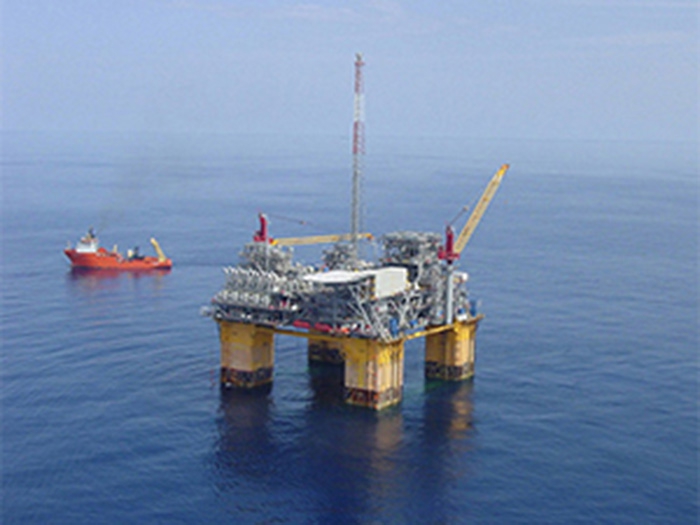 OCTOBER 26, 2017 — The U.S. Department of the Interior is proposing the largest oil and gas lease sale ever held in the United States –76,967,935 acres in federal waters of the Gulf of Mexico, offshore Texas, Louisiana, Mississippi, Alabama and Florida. The proposed region-wide lease sale, offering an area about the size of New Mexico, is scheduled for March 2018 and includes all available unleased areas on the Gulf’s Outer Continental Shelf, surpassing last year’s region-wide lease sale by about one million acres.

“In today’s low-price energy environment, providing the offshore industry access to the maximum amount of opportunities possible is part of our strategy to spur local and regional economic dynamism and job creation and a pillar of President Trump’s plan to make the United States energy dominant,” says Secretary of the Interior Ryan Zinke. “And the economic terms proposed for this sale include a range of incentives to encourage diligent development and ensure a fair return to taxpayers.”

Proposed Lease Sale 250, which will be livestreamed from New Orleans, will be the second offshore sale under the National Outer Continental Shelf Oil and Gas Leasing Program for 2017-2022. Lease Sale 249, held in New Orleans last August, received $121 million in high bids. In addition to the high bids and rental payments, the Department will receive royalty payments on any future production from these leases. Outer Continental Shelf (OCS) lease revenues are directed to the U.S. Treasury, Gulf Coast states, the Land and Water Conservation Fund and Historic Preservation Fund.

The estimated amount of resources projected to be developed as a result of the proposed region-wide lease sale ranges from 0.21 to 1.12 billion barrels of oil and from 0.55 to 4.42 trillion cubic feet of gas. Most of the activity (up to 83% of future production) from the proposed lease sale is expected to occur in the Central Planning Area.

Proposed Lease Sale 250 includes 14,375 unleased blocks, located from 3 to 230 miles offshore, in the Gulf’s Western, Central and Eastern planning areas in water depths ranging from 9 to more than 11,115 feet (three to 3,400 meters). Excluded from the lease sale are blocks subject to the Congressional moratorium established by the Gulf of Mexico Energy Security Act of 2006; blocks that are adjacent to or beyond the U.S. Exclusive Economic Zone in the area known as the northern portion of the Eastern Gap; and whole blocks and partial blocks within the current boundary of the Flower Garden Banks National Marine Sanctuary.

The lease sale terms include stipulations to protect biologically sensitive resources, mitigate potential adverse effects on protected species, and avoid potential conflicts associated with oil and gas development in the region. The terms and conditions for Lease Sale 250 in the Proposed Notice of Sale are not final. Different terms and conditions may be employed in the Final Notice of Sale, which will be published at least 30 days before the sale.

All terms and conditions for Gulf of Mexico Region-wide Sale 250 are detailed in the Proposed Notice of Sale (PNOS) information package, which is available at: http://www.boem.gov/Sale-250/.