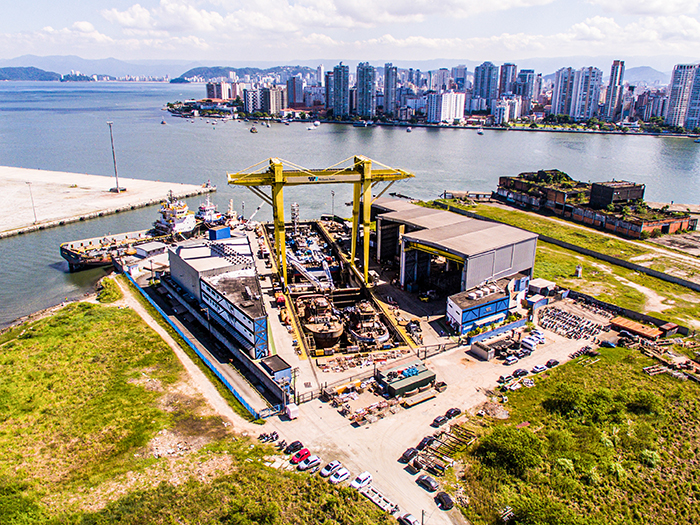 Brazil’s largest tugboat operator, Wilson Sons, is set to start the construction of a series of six new tugboats for its fleet at its shipyards in Guarujá in the state of São Paulo.

“The new series will contribute to the renewal of the fleet and will facilitate support for large ships that will call over the next few years at Brazilian ports,” says Rodrigo Bastos, director of Wilson’s tugboat business, which operates some 80 tugboats around the Brazilian coast. “We will also be prepared for business opportunities in the oil and gas industry, such as LNG operations and dedicated terminals.”

The project will be led by Wilson Sons’ long time partner, Damen Shipyards.

The tugs will be 25 meters long by 13 meters wide and will be classed as Escort Tugs, with 80 tons of static traction.

“This new model has the most modern equipment available on the market and guarantees a high level of security for port maneuvers,” says Adalberto Souza, executive director of Wilson Sons shipyards.

They will have IMO Tier III NOx reduction certification.

“Tier III is a great advantage of this project which, although not required in Brazil, shows how much we are at the forefront of the Brazilian maritime industry,” says Souza.

Wilson Sons plans to hire an additional 50 professionals for the project.