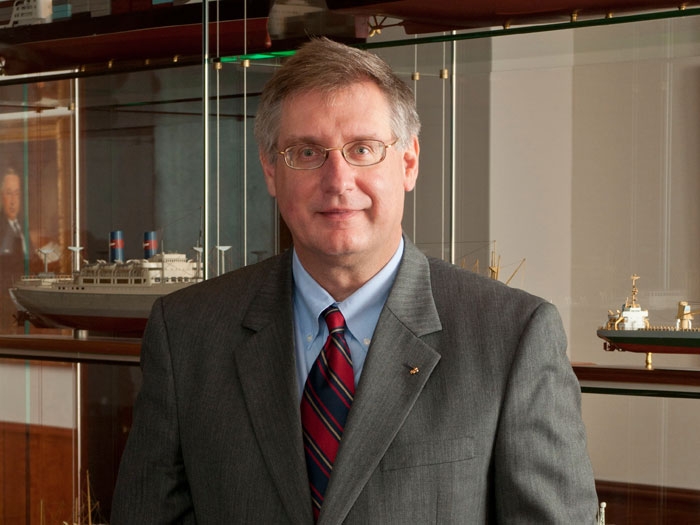 JULY 3, 2015 — Christopher J. Wiernicki, Chairman, President and CEO of ABS, is now also Chairman of IACS, the International Association of Classification Societies. He took over the role yesterday at the end of the 71st session of the IACS Council, succeeding Philippe Donche-Gay, Executive Vice President and head of Marine & Offshore, Bureau Veritas.

“IACS, and the industry at large, will continue to reap the rewards of Philippe’s leadership,” noted Mr. Wiernicki.

“Over the past year the support of my peers has allowed IACS to deliver, on time, a number of challenging and far-reaching commitments including the final implementation of revised Common Structural Rules, important new Unified Requirements pertaining to Container Ship safety, the revision of the existing Unified Requirement on Complex On Board Systems and progress with the development of LNG Bunkering Guidelines,” said Mr. Donche-Gay.

The Council meeting also marked the retirement of Derek Hodgson as IACS Permanent Secretary and the appointment of Robert Ashdown to the newly created position of Secretary General.