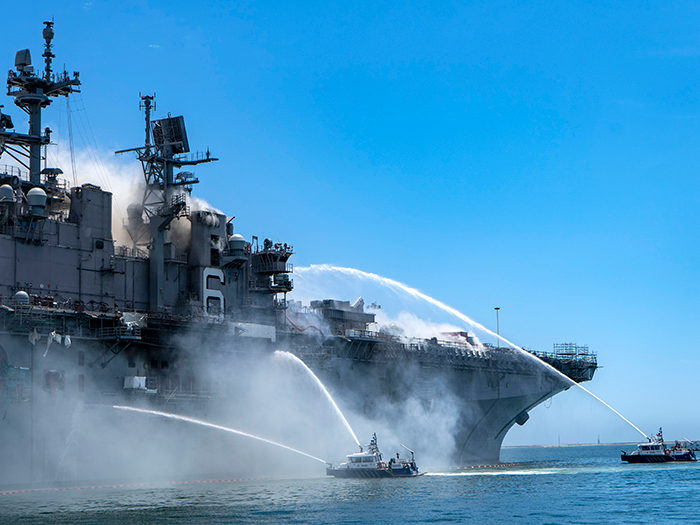 According to multiple media reports citing unnamed Navy officials, a sailor is being investigated in relation to possible arson in the fire that severely damaged the U.S.S. Bonhomme Richard in July.

Both the Naval Criminal Investigative Service (NCIS) and the Bureau of Alcohol, Tobacco, Firearms and Explosives are reportedly investigating and are said to have focused their attention on one sailor.

Read the New York Times version of the story HERE.