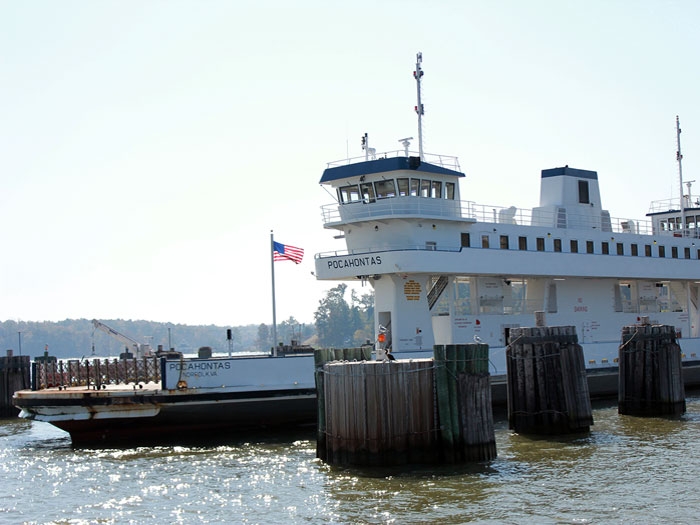 The new ferry is expected to be similar in design to VDOT's Pocohontas, which was built by VT Halter Marine in Mississippi

OCTOBER 20, 2014—The Virginia Department of Transportation (VDOT) recently awarded a contract to Alion Science and Technology to design a new 70-vehicle-capacity, double-ended ferry for service on the James River from Jamestown to Scotland, VA. The ferry would replace VDOT’s oldest boat, the 78-year-old Virginia.

According to Laurie Simmons, VDOT spokesperson for the Hampton Roads District , the new ferry is expected to be similar in design to the 1995-built, 263 ft Pocohontas, VDOT’s newest, largest capacity boat. The other ferries on the Jamestown-Scotland route are the 1979-built Surry and 1983-built Williamsburg. Last year, the ferry service carried about 953,000 vehicles.

Facility Manager Wes Ripley says the new ferry will most likely be outfitted with two Voith Schneider Propellers (VSPs), which would provide the U.S. Coast Guard-certified Subchapter H boat with excellent maneuverability during its 15-minute run across the James River. Ripley also says depending on when the keel for the boat is laid, the main engines will probably be EPA Tier 4 compliant. The keel would have to be laid before January 1, 2017.

“Voth Schneider Propellers just make sense for a double-ended ferry,” says John Hollingsworth, Project Manager, Alion Science, “because they provide better directional control and maneuverability.” He points out that the ferry will also be ADA compliant in accordance with regulations under the Americans with Disabilities Act. Hollingsworth says that besides the engineering package of the ferry, Alion will be assisting VDOT in the selection of the shipyard.