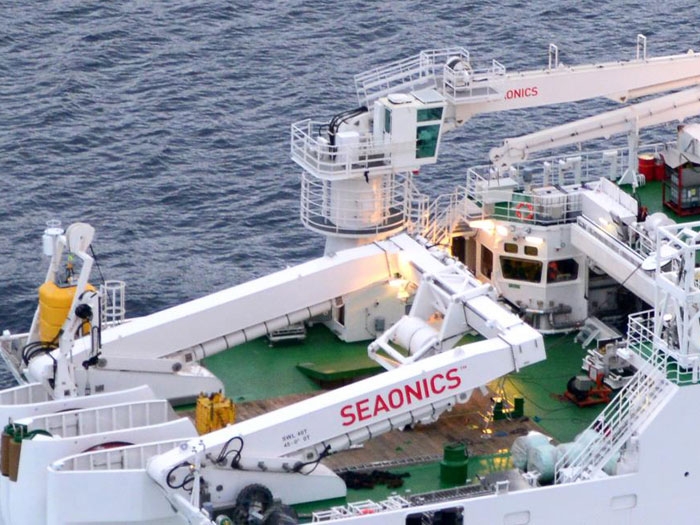 JANUARY 5, 2015 — Fincantieri Group member Vard says that, through its specialized subsidiary Seaonics, it has secured a large equipment contract for a polar research vessel under construction at Fincantieri in Italy.

Though today’s announcement from Vard does not specifically say so, the vessel is presumably the research ship for Norway’s Institute of Marine Research on order at Fincantieri’s shipyard in Riva Trigoso-Muggiano. The vessel will be owned by the Norwegian Polar Institute on behalf of the Norwegian Government and will undergo final outfitting and sea trials in Norway a Vard’s Langsten shipyard.

Based in Ålesund, Norway, Seaonics designs and manufactures offshore handling equipment. Its products are used in subsea construction, module handling, well intervention, reservoir exploration, ocean trawling and other specialized applications in the offshore and marine industries.

Valued at more than NOK 100 million (about $13 million), the new contract is the largest to date for Seaonics, and comprises a complete package of winches, deck cranes, and overboarding systems including A-frames and Launch and Recovery Systems (LARS) for the polar research vessel.

Stig Espeseth, Managing Director of Seaonics, commented, “Since its establishment in 2011, Seaonics has continuously expanded its product range, and is today uniquely positioned to deliver a complete package of offshore handling equipment. We are very pleased that with this contract, we are able to capitalize both on our extensive investments in product development, as well as on the good relations established with other parts of the Fincantieri Group.”