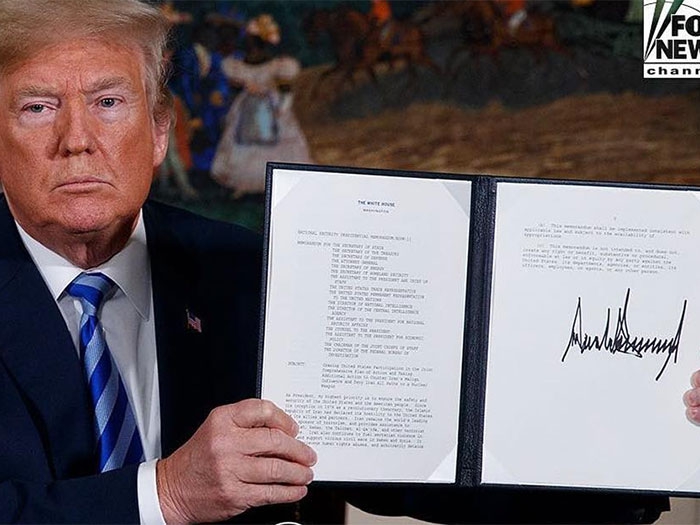 MAY 8, 2018 —President Donald J. Trump today announced his decision to pull the United States from the Iran nuclear deal, more formally called the Joint Comprehensive Plan of Action (JCPOA), and to begin re-imposing, following a wind-down period, the U.S. nuclear-related sanctions that were lifted to effectuate the JCPOA sanctions relief.

In conjunction with this announcement, President Trump issued a National Security Presidential Memorandum (NSPM) directing the Secretary of State and the Secretary of the Treasury to prepare immediately for the re-imposition of all of the U.S. sanctions against Iran that were lifted or waived in connection with the JCPOA, to be accomplished as expeditiously as possible and in no case later than 180 days from the date of the presidential memorandum.

What does this mean in terms of sanctions on Iran’s energy and maritime sectors?

To implement the President’s direction, the Departments of State and of the Treasury will take steps necessary to establish a 90-day and a 180-day wind-down period for activities involving Iran that were consistent with the U.S. sanctions relief provided for under the JCPOA

The FAQ says that:

Following the 180-day wind-down period ending on November 4, 2018, the U.S. government will re-impose the following sanctions that were lifted pursuant to the JCPOA, including sanctions on associated services related to the activities below:

i. Sanctions on Iran’s port operators, and shipping and shipbuilding sectors, including on the Islamic Republic of Iran Shipping Lines (IRISL), South Shipping Line Iran, or their affiliates;

iv. Sanctions on the provision of specialized financial messaging services to the Central Bank of Iran and Iranian financial institutions described in Section 104(c)(2)(E)(ii) of the Comprehensive Iran Sanctions and Divestment Act of 2010 (CISADA);

v. Sanctions on the provision of underwriting services, insurance, or reinsurance; and

The FAQ also makes it clear that the United States will resume efforts to reduce Iran’s crude oil sales.