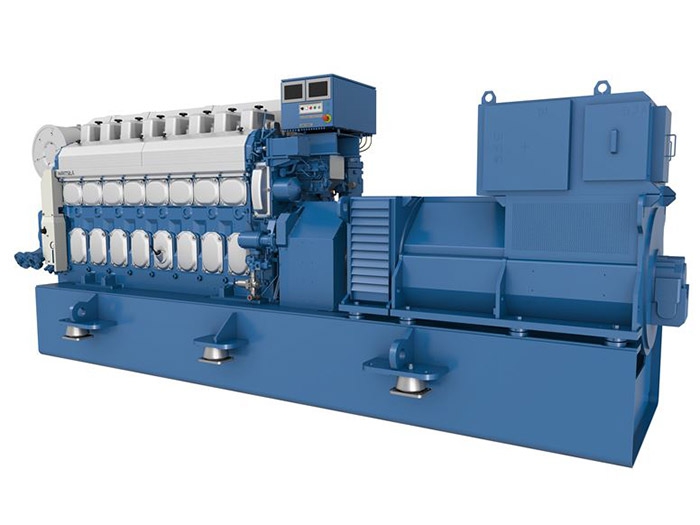 JULY 25, 2018 – Wärtsilä has won a number of significant orders for the upgraded version of its Wärtsilä 20 engine, which was introduced in December 2017 and delivers a power output of up to 220 kW/cylinder and the possibility of conversion to dual fuel version of the engine.

In each case, the increased power output of the new Wärtsilä 20 engine and fuel flexibility were cited as major factors in the purchasing decision. On a power to weight ratio, the upgraded Wärtsilä 20 is rated as best in its class. The opportunity for conversion to dual fuel at a later stage is an attractive option for owners and operators when preparing for upcoming emissions legislation, most notably the global 0.50 percent sulfur restrictions entering into force in 2020.

“These orders emphasize the value that the Wärtsilä 20 engine now adds to customer operations. Its high power output, efficiency, and flexibility deliver true benefits that are of critical importance in lowering operating costs and meeting environmental legislation,” says Janne Klemola, Product Director, Wärtsilä Marine Solutions. “We are pleased to again be working with China COSCO Shipping, a company with whom we have enjoyed a long relationship. We also congratulate our colleagues at WQDC and SMDERI for their hard work in successfully negotiating these contracts.”

“Owners are today more than ever seeking the best value for their investment and flexibility. We are convinced that for these auxiliary applications, the new Wärtsilä 20 engine provides this. Wärtsilä’s excellent support, both local and global, is also much appreciated,” says Mr. Wang Minghao of COSCO Shipping Bulk.

The Wärtsilä scope of supply includes complete auxiliary generating sets and all related engineering. Delivery of the equipment will begin in 2019.

Orders have now been placed for 53 units to date and the first engine deliveries were made in May, 2018 for a ROPAX ferry auxiliary engine application.

The upgraded Wärtsilä 20 engine family covers a power range from 700 kW to 1,980kW in four to nine cylinder in-line configurations with nominal speeds of 900, 1,000 and 1,200rpm. The engine is available for a wide range of marine applications including mechanical main propulsion engine, diesel electric main propulsion generating set, and as an auxiliary generating set.