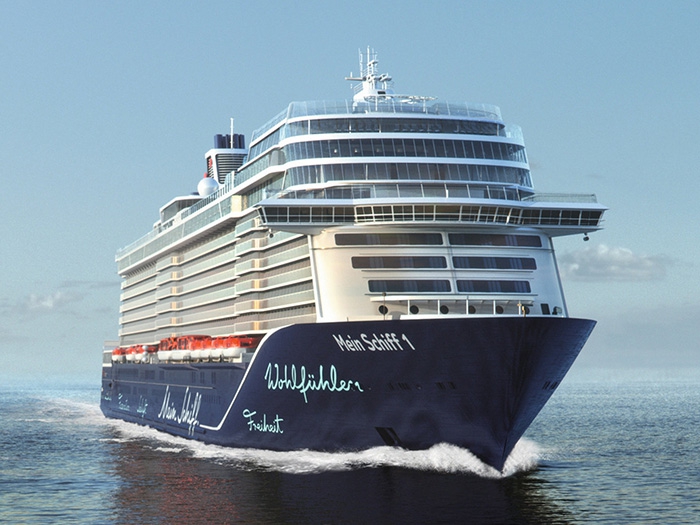 FEBRUARY 12, 2017 — Germany’s TUI Group is ordering a further vessel from shipbuilder Meyer Turku in Finland for delivery in 2023 to its TUI Cruises brand.

The agreement is still subject to financing, which is now being worked on with the banks and Finnvera, the official Finnish export credit agency.

TUI Group says the cruise business is one of the key elements of its growth roadmap.TUI Group’s fleet currently comprises 15 cruise ships, operated by its subsidiaries TUI Cruises (a 50/50) joint venture with Royal Caribbean), Hapag-Lloyd Cruises and Marella Cruises.

This latest ship to be ordered from Meyer Turku will be named Mein Schiff 7, and will be built to the same design as TUI’s new Mein Schiff 1 and Mein Schiff 2.