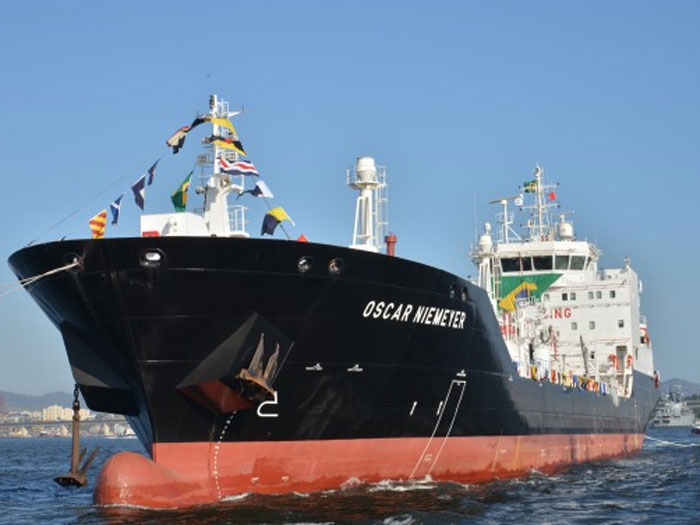 Oscar Niemayer, the first of eight LPG carriers ordered at Promar in 2010, was delivered in July

It reported today that it has been notified that Petrobras Transportes S.A. (Transpetro) has terminated the contracts for two liquefied petroleum gas (LPG) carriers on order at 50.5% owned indirect subsidiary Vard Promar.

The vessels in question are the last two of a series of eight LPG carriers originally contracted at the Brazilian shipyard in June 2010, for delivery from Vard Promar between 2014 and 2016. The combined contract value for the series of eight vessels was $536 million.

The first of the eight vessels, the 8,000 cu.m Oscar Niemayer, was delivered this past July.

Singapore listed Vard, which is 55.63% controlled by Fincantieri, says that the construction of the two vessels that have now been canceled is "at a very early stage."

Vard says the impact of the termination is not expected to have a material effect on the earnings per share of the Group for the financial year ending December 31, 2015.