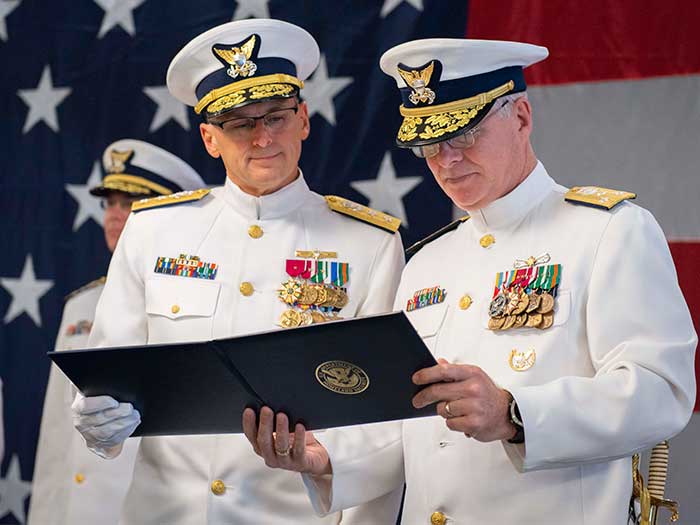 As the Eighth District commander, Timme is responsible for all Coast Guard operations spanning 26 states, including the Gulf of Mexico coastline from Florida to Mexico, the adjacent offshore waters and outer continental shelf, and the inland waterways of the Mississippi, Ohio, Missouri, Illinois and Tennessee River systems.

Timme was previously assigned as the assistant commandant for prevention policy at Coast Guard headquarters in Washington, D.C., where he was responsible for the development of national policy, standards and programs promoting marine safety, security and environmental stewardship.

Nadeau originally took command of the 8th District in June 2019 and retired after 32 years of service following the change of command.