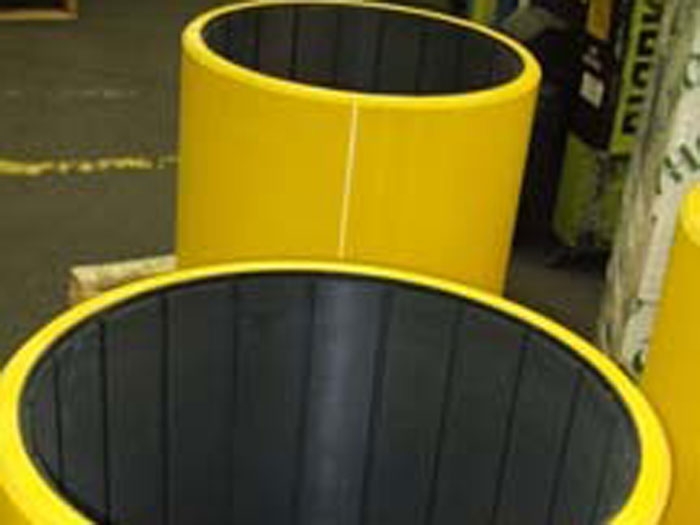 AUGUST 8, 2014 — Thordon Bearings, Inc. says that water lubricated Thordon composite cutterhead shaft bearings have performed well for nine years on one of the largest cutter suction dredges in the world.

Originally built in 2005, the self-propelled cutter suction dredge is involved in very heavy rock-breaking having a cutting power for operations in rock soils of 6,000 kW.

“The bearings performed well and have shown a positive wear life compared to grease lubricated metallic bearings,” says Frederik Mertens, Assistant Vessel Manager at DEME. The decision was made to replace the cutterhead shaft bearings. The same Thordon Composite bearings are also installed on the intermediate ladder shaft bearings. Mr. Mertens says, “For the intermediate ladder bearings we noticed even less wear on the Thordon bearings than the cutterhead bearings so we did not replace them.”

Thordon’s authorized Distributor in the U.A.E., Ocean Power International (OPI), assisted Drydocks World and Dredging International (DEME’s subsidiary) in the replacement with additional supervision during, and prior to, installation.

Thordon Composite has been consistently outperforming rubber in dredge cutterhead bearing applications since it was introduced in the 1970’s. Composite bearing wear rates in dirty abrasive conditions are typically half that of rubber bearings, reducing maintenance downtime over the life of the vessel. The inspected bearings confirmed that the Thordon Composite grade can withstand the most abrasive conditions typical for a dredger equipped for working in various mediums.