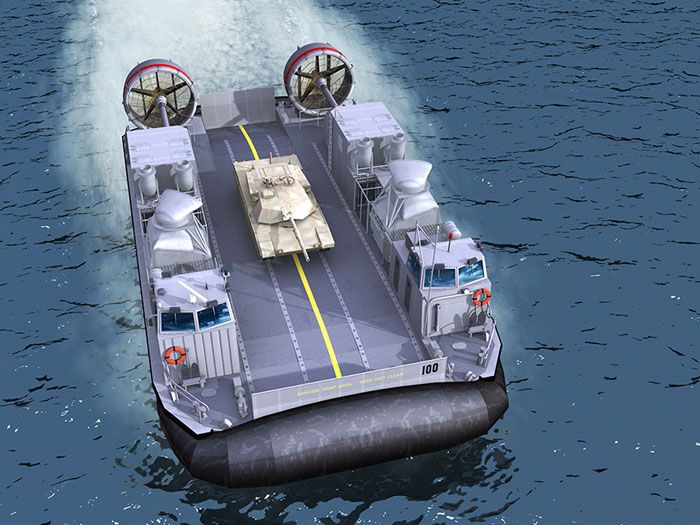 DECEMBER 16, 2018 — Textron Inc., New Orleans, LA, has been awarded a $314,288,369 Navy contract modification. It covers the procurement of additional long lead time material (LLTM) for the Ship to Shore Connector program, Landing Craft, Air Cushion (LCAC) 100 Class Craft 109 through 118, the continuation of pre-fabrication activities for LCAC 109 through 112, and for the initial procurement of LLTM for LCAC 119 through 123.

The SSC Program is the functional replacement for the Navy’s existing fleet of air cushion vehicles, which are nearing the end of their service life.

Designed for a 30-year service life, the SSC’s mission is to land surface assault elements in support of Operational Maneuver from the Sea, at over-the-horizon distances, while operating from amphibious ships and mobile landing platforms.

Fiscal 2017, 2018 and 2019 shipbuilding and conversion (Navy) funding in the combined amount of $235,716,277 will be obligated at time of award and will not expire at the end of the current fiscal year. The Naval Sea Systems Command, Washington, DC, is the contracting activity.