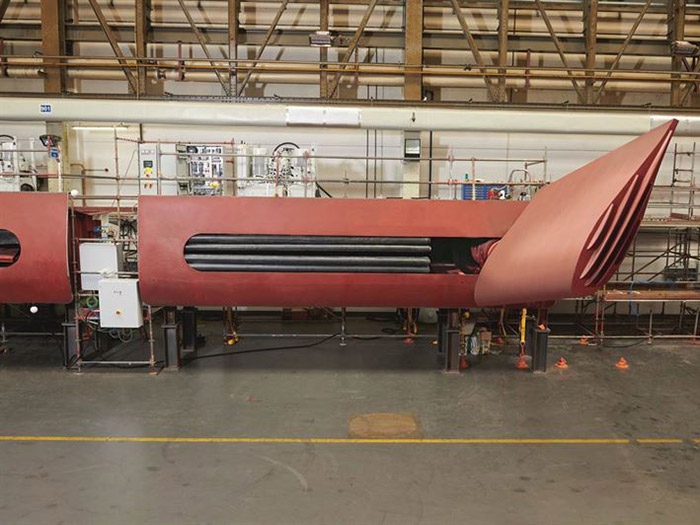 Due for for launch in 2020, the ship will carry a team of international researchers and will be equipped for research and investigation into the entire marine ecosystem.

SKF has been appointed to manufacture and deliver two pairs of retractable fin stabilizers for the control of the vessel’s rolling motions, along with its innovative new SKF Dynamic Stabilizer Cover system which has been designed to reduce drag at the fin box openings and reduce fuel consumption for the vessel by more than 1%.

SKF’s Type Z stabilizer is designed so that the fin can be fully retracted and housed entirely within a vessel without any hull protrusion.

SKF says these stabilizer systems are simple to operate, the associated control system being fully adaptive to the ship’s speed, sea state and vessel roll motion, with selectable single or twin fin deployment of ±60° working angle in zero speed mode.

Inflated, the cushions form a smooth, streamlined cover over the fin box opening to achieve a significant reduction in drag.

When the stabilizer fin is to be extended or retracted, air is released from the cushions which are then deflated by the water pressure outside the hull, creating room for the fin’s movement. When deployment or housing is complete, the cushions can be reinflated.

Control of the covers is fully integrated into the stabilizer fin control systems, requiring no additional action by the crew.

Delivery of the fin stabilizers, dynamic stabilizer covers and associated control systems is scheduled for the beginning of September 2018.

Although SKF does not name the vessel, unless someone else is building a 182.9 m research expedition vessel for delivery from another Norwegian shipyard, the ship is Kjell Inge Røkke’s REV Ocean vessel under construction at Vard (more on the ship HERE)