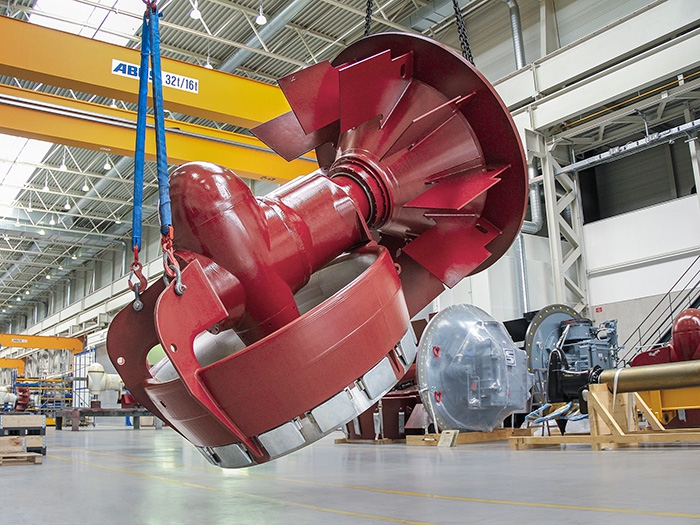 According to Schottel, the new anode provides higher standards of corrosion protection. As the position of the anode has been moved from the outside surface into the cross-section of the nozzle tail, there are also operational benefits, such as reduced flow interference, resulting in fuel savings.

Schottel’s core idea was to remove the anodes from the outside surface of the nozzle, where they are prone to being knocked off by floating debris, ice, or even slight ground contact. Loss of the anodes is usually only discovered during maintenance downtime, by which time corrosion may have become a problem. Additionally, depending on the nozzle’s diameter and the anode’s material, anodes offering up to five years cathodic protection against corrosion can be integrated into the nozzle, enabling a reduction in additional anodes for the hull or other thruster parts.

The new position in the tail of the nozzle both shields the anodes and contributes to the optimal hydrodynamic flow of the nozzle. As its smooth overall surface reduces flow interference, it meets the customer’s need for highly efficient propulsion systems. It results in lower fuel consumption and pays off in terms of reduced operating costs.

The ProAnode is now standard on Schottel Rudderpropellers, though conventional anode arrangements are still available upon request.

The new position in the tail of the nozzle not only shields the anodes, but also offers additional operational potential as it contributes to the optimal hydrodynamic flow of the nozzle