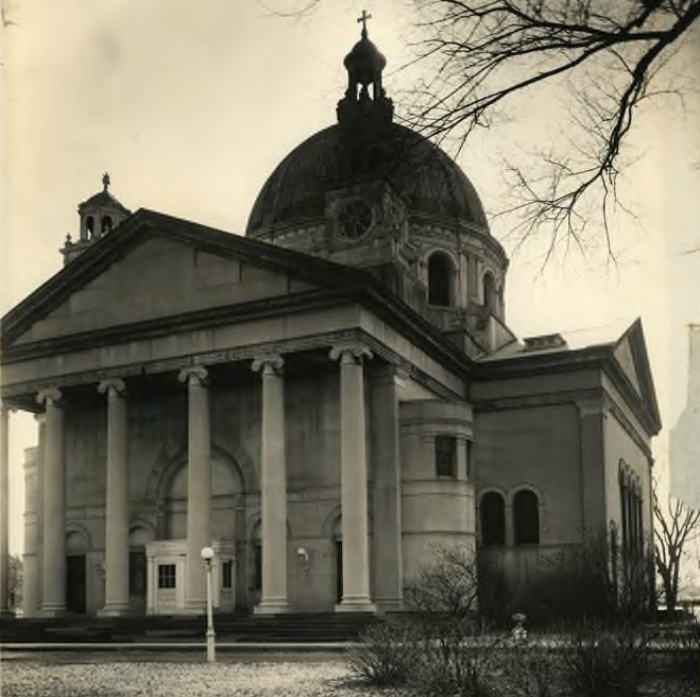 Sailors' Snug Harbor was established on Staten Island in 1831

DECEMBER 24, 2017—As a seafarer, I have suffered my share of bumps and bruises, torn ligaments, cut, scrapes, and many other manner of ailments. I am more fortunate than many others however. For those who make their living on the water, physical hardship and injury is a common part of the everyday routine. We have come to accept it as a part of the life, and are more than willing to live with it for the love of the job. In many ways though, we are much better off than our predecessors when it comes to medical awareness and post injury/disease care.

From the Trustees of the Sailors’ Snug Harbor website: “The Will of Captain Robert Richard Randall who died on June 5, 1801—four days after he signed his will—directed that the proceeds of his estate be used to build upon his farm (Minto Farm) “an asylum, or Marine Hospital to maintain and to support aged, decrepit, and worn-out sailors”. The will ordered that this “Sailors’ Snug Harbor” be governed ‘forever’ by eight of New York’s most important men—the recorder, the chancellor of the state, the mayor of the city, the president of the Chamber of Commerce, the senior ministers of the Episcopal and Presbyterian churches, and the president and the vice president of The Marine Society, which was considered to be one of New York’s most prestigious organization at that time.

Thomas Randall, his father, died in 1797 and his will left Minto Farm to his son Robert who had been living there since 1790.  Legend says that Alexander Hamilton and his assistant, Daniel D. Tomkins (who later became the fifth governor of New York and the sixth Vice President of the United States) were the authors of Robert Richard Randall’s will, but others say the will reflected the dream of the father. Although there is evidence that Randall’s friends called him ‘Captain’, there isn’t viable information that Captain Robert Richard Randall actually served at sea.”

The mission of Sailors’ Snug Harbor has not changed, although the format has. Like many mariners, when I used to hear of Snug Harbor, I pictured a nice farm in Sea Level, North Carolina where I would someday retire to my daily ration of grog, a pipe, and sit on a rocking chair on a porch, watching the world go by. Going back through the archives, located at the Stephen B. Luce Library at SUNY Maritime College and available at https://snugharborarchivesblog.wordpress.com/, I came to realize that a portion of this particular dream will never be realized. The actual home for seafarers in Sea Level  is now no longer a home for retired mariners. And although the cemetery in Staten Island is no longer open to seafarers the extensive art collection is displayed at The Noble Maritime Museum at the former home of Snug Harbor in Staten Island.

So, where do aged, decrepit, and worn-out sailors go when they finally want to come ashore and retire? Luckily enough you do not have to fit that description. Secondly you do not have to be called an “inmate” as the inhabitants of the home were called.

Fortunately for us Jay Brooks, the Financial Administrator/Mariner Advisor, Sailors’ Snug Harbor, sat down with us to explain the current process for helping those of us who may only feel slightly aged, decrepit, and worn out. Brooks joined Snug Harbor from The United Seamen’s Service and the Seamen’s Church Institute.

We must first understand how mariners can gain entry in to the program, which recently opened it’s doors to mariners on the Inland Waterways.

The program traditionally housed these seafarers. The mission now works to assist eligible mariners in their home communities by providing them with financial assistance with their bills to allow them to live more comfortably or catch up on other expenses. Furthermore, SSH helps mariners find other types of assistance that may help them such as government programs or other charities. Finding the eligible mariners or soon to be eligible is the largest hurdle currently facing the trust. Even with this hurdle, so far in 2017 the trust has provided assistance to approximately 370 mariners.

Brooks assured me that the mission of Snug Harbor remains the same. To assister mariners in their golden years. Instead of housing them SSH will assist them at home, where they can be closer to loved ones. Mariners approaching retirement have gone so far as to send their information and discharges to Brooks for an early evaluation of sea time. The U.S. Coast Guard and the maritime unions are very helpful in providing assistance to the SSH in verifying or even finding sea time for mariners to obtain eligibility.

Mariners, just like everyone else, should be able to look forward to a certain quality of life in their retirement. Anyone who has ever worked on a vessel will certainly agree. Supporting programs like the Trustees of the Sailors’ Snug Harbor ensure that this support will be there for the next generation of sailor’s whose life is no longer the sea.

About the author
Matthew Bonvento is the Senior Manager, Safety, Security, Quality, and Regulatory Compliance, Vanuatu Maritime Services Ltd. Matt is a regular contributor to Marine Log, writing our Safety First column, as well as commenting on maritime safety practices