Qatar Petroleum has signed slot reservations with the three largest Korean shipbuilders securing construction capacity for more than 100 LNG carriers valued at over $19 billion. The ships are needed to cater for its LNG growth plans — including exports of U.S. LNG from the Golden Pass project in Texas.
​
Under the agreements, the “Big Three” Korean shipyards – Daewoo Shipbuilding & Marine Engineering (DSME), Hyundai Heavy Industries (HHI) and Samsung Heavy Industries (SHI) – will reserve a major portion of their LNG ship construction capacity for Qatar Petroleum through the year 2027.

The agreements were signed by Saad Sherida Al-Kaabi, Qatar’s Minister of State for Energy Affairs, who is the President and CEO of Qatar Petroleum in a virtual ceremony attended by Mr. Sung Yun-mo, the Minister of Trade, Industry & Energy of the Republic of Korea. Also attending were Sheikh Khalid Bin Khalifa Al Thani, CEO of Qatargas, the CEOs of the Korean shipyards, senior representatives from Korea’s Ministry of Trade, Industry & Energy, and executives from Qatar Petroleum, Qatargas, and the three Korean shipyards.

“With the conclusion of these milestones agreements, we have everything in place to commence the largest LNG shipbuilding program in history,” said Minister Al-Kaabi. “We have secured approximately 60% of the global LNG shipbuilding capacity through 2027 to cater for our LNG carrier fleet requirements in the next 7-8 years, which could reach 100+ new vessels with a program value in excess of 70 billion Qatari Riyals.”

“The new LNG vessels will be equipped with the latest generation slow speed dual fuel engines, utilizing LNG as a fuel,” he noted. “This will ensure the most efficient performance and compliance with the latest global emission and environmental regulations. We will continue working on reducing emissions from our fleet to protect the regional and global environment in line with the environmental objectives of the Qatar National Vision 2030.” 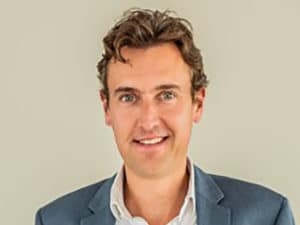 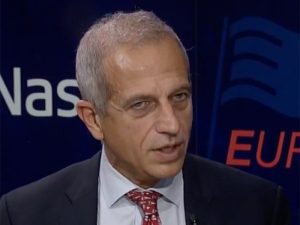