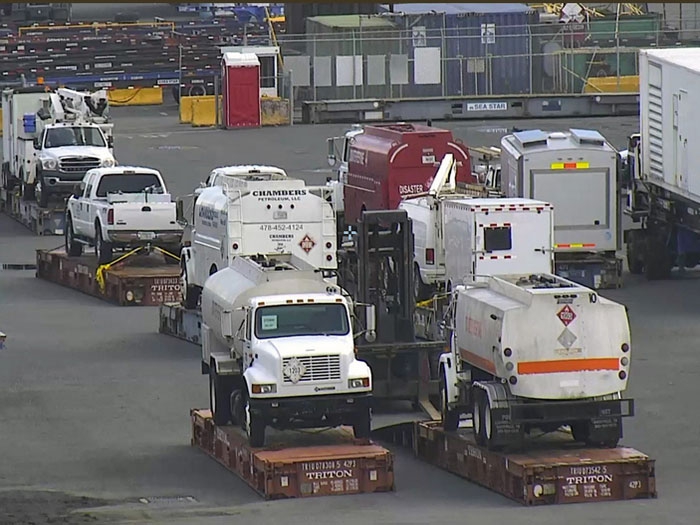 OCTOBER 11, 2017—Jones Act shipping line TOTE Maritime, Jacksonville, FL, reports that overall productivity at the terminal in the Port of San Juan, Puerto Rico, is on the rise, with more containers being transported to communities around the island. On October 9, TOTE Maritime says 330 loads of relief and commercial goods left the terminal, with productivity reaching 87%.

The company has been working with the Department of Homeland Security, American Red Cross, FEMA, the Puerto Rican government, and the government’s Elderly Support Team, to deliver goods and supplies. TOTE is also handling logistical needs for government-purchased containers and relief goods being shipped from various non-profit organizations and others in the U.S. The company has also undertaken coordination of inland transportation for relief goods—something that is not part of the company’s normal service offerings.

TOTE Maritime says it has delivered 5,200 containers of goods to Puerto Rico since Hurricane Marina struck the island three weeks ago. It plans to deliver an additional 2,000 containers during the coming week.