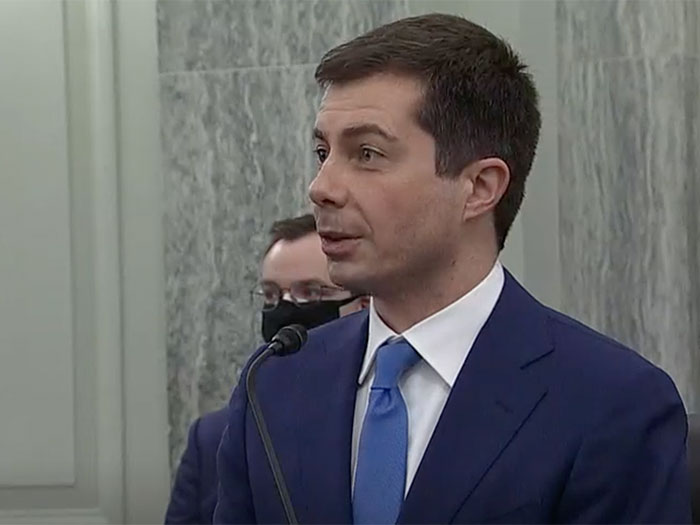 President Biden’s nominee for Secretary of Transportation, Pete Buttigieg, affirmed his support for the Jones Act at his nomination hearing in the Senate today, drawing applause from the Shipbuilders Council of America.

Here’s a transcript (via C-Span) of the relevant part of the testimony:

Senator Maria Cantwell (D. Wash.): Thank you. Lastly, I am a big Jones Act supporter and Washington State and the trade that we have related to the Jones Act to make sure that we have U.S.-flagged vessels. Sometimes it gets uder attack, but I just want to hear that you support the Jones Act.

Pete Buttigieg: Thank you.Yes, I share your support for the Jones Act. It is so important to a maritime industry that creates hundreds of thousands of jobs and the shipbuilding industry here in the United States.

“The shipyard industry and the national industrial base is critical to our national and domestic security, and we applaud Department of Transportation Secretary nominee, Pete Buttigieg, for his support of the nearly 650,000 hardworking members of the domestic maritime industry but also his vocal affirmation of the value of the Jones Act.”