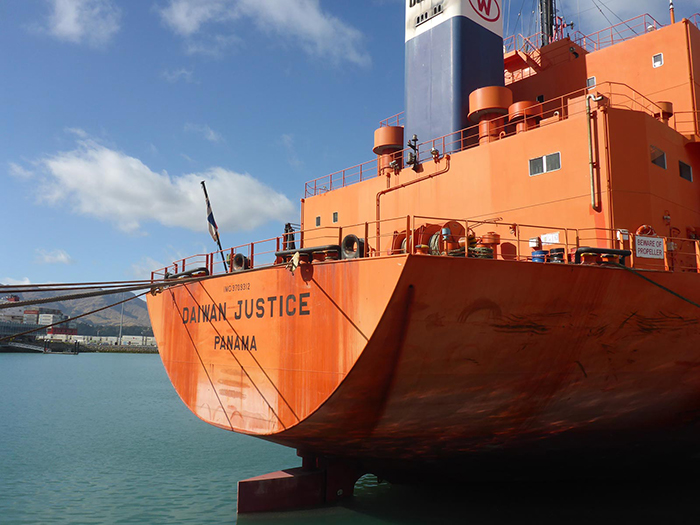 Maritime New Zealand reports that it detained the Panama-flagged bulk carrier Daiwan Justice on Saturday, March 2, 2019, at Lyttelton after a complaint the crew’s\ wages had not been paid for almost four months.

Maritime NZ took action under the Maritime Labor Convention (MLC), which sets out minimum standards for the health, safety and welfare of seafarers, including conditions of employment. It also has provisions for complaints and investigations.

“We acted on information provided to us by the International Transport Workers’ Federation,” Mr Vredenburg said.

A Maritime Officer went on board the vessel to investigate. The Maritime Officer interviewed the ship’s master and crew, inspected documents and found evidence that the crew had not been paid.

When confronted with the evidence the ship’s master admitted the wages had not been paid. The Maritime Officer then took immediate action to detain the vessel.

“Maritime NZ applies maritime law irrespective of the ‘flag’ of the ship and the nationality of the crew,” Vredenburg said.

Foreign-flag vessels must at all times comply with international conventions that New Zealand is party to, and in New Zealand waters within 12 nautical miles (22 km) of the coast, must also comply with New Zealand’s Maritime Transport Act.

Information about the detentions has been shared with other Asia-Pacific countries’ maritime authorities.