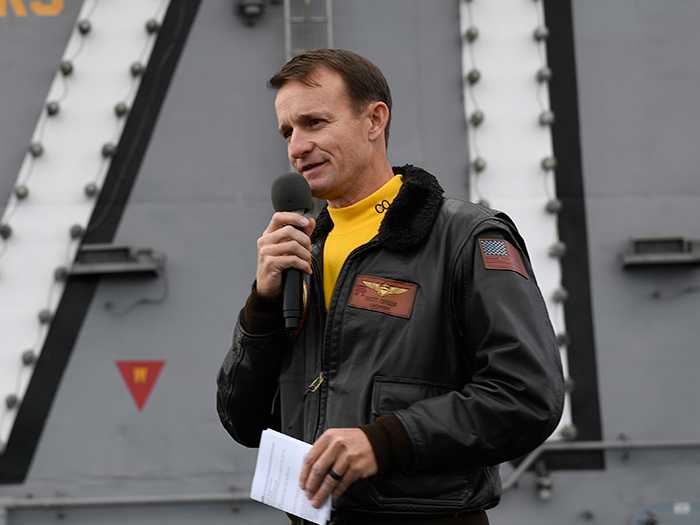 Last Friday, reports circulated that a preliminary inquiry had resulted in a recommendation that Crozier be reinstated.

He had been stripped of his command by former Acting Secretary of the Navy Thomas Modly after a letter he wrote Navy officials regarding the coronavirus outbreak aboard the carrier was leaked to the San Francisco Chronicle.

Following Crozier’s removal, video went viral on social media showing him being applauded by members of the carrier’s crew as he left the vessel.

Modly resigned when an audio of remarks he made to the crew of the Roosevelt was in turn leaked.

The Navy then made a preliminary inquiry into the events that was widely believed to recommend Crozier’s reinstatement.

After carefully reviewing the preliminary inquiry into the events surrounding the COVID-19 outbreak aboard USS Theodore Roosevelt (CVN 71), the Chief of Naval Operations, Adm. Mike Gilday, provided me with his recommendations. Following our discussion, I have unanswered questions that the preliminary inquiry has identified and that can only be answered by a deeper review.

Therefore, I am directing Adm. Gilday to conduct a follow-on command investigation. This investigation will build on the good work of the initial inquiry to provide a more fulsome understanding of the sequence of events, actions, and decisions of the chain of command surrounding the COVID-19 outbreak aboard USS Theodore Roosevelt.