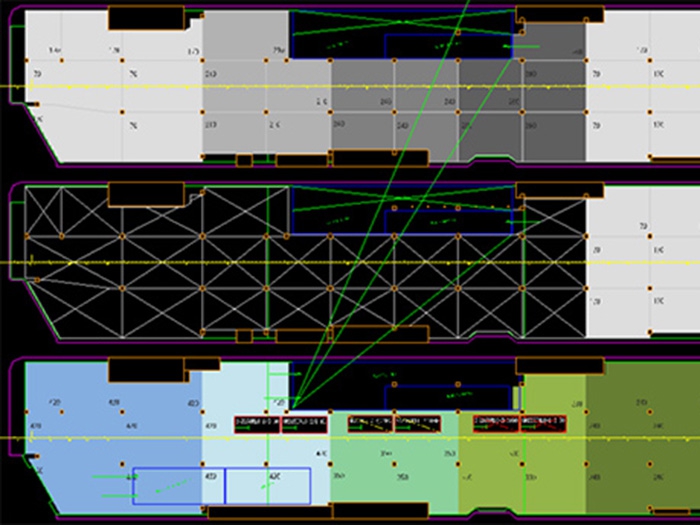 MARCH 7, 2018 — Mitsui O.S.K. Lines, Ltd. (MOL) has introduced an upgraded version of its MOL-CAPS stowage planning system for car carriers. Introduced in 1999, the system generates a voyage-by-voyage stowage plan that determines where to stow specific vehicles taking into account factors such as the onboard structure, the type of vehicles being transported, and calling ports.

The new version, and will adopt this new version for the next-generation car carriers, the FLEXIE series, which will be delivered starting in March 2018 .

MOL has four of the 6,800 car capacity FLEXIE carriers on order at Minaminippon Shipbuilding. The ships offer greater loading versatility than current car carriers in MOL’s fleet, with the number of decks increased from 12 to 14 and the number of liftable decks being increased from two to six (see earlier story).

The new version of MOL-CAPS allows maximum use of the FLEXIE series’ new deck structure , which offers a greater range of adjustment in the liftable deck height, providing greater flexibility compared to car carriers now in service.

The new version has a high-speed processing planning function based on know-how of car carrier stowage, which MOL has accumulated over 50 years. In addition, it can be used in offices in Japan and overseas as well as at calling ports all over the world through a globally linked booking system. This always allows stowage plans to reflect the latest conditions and ensures optimal loading at every port.

MOL is studying ways to adopt the system for onboard use.