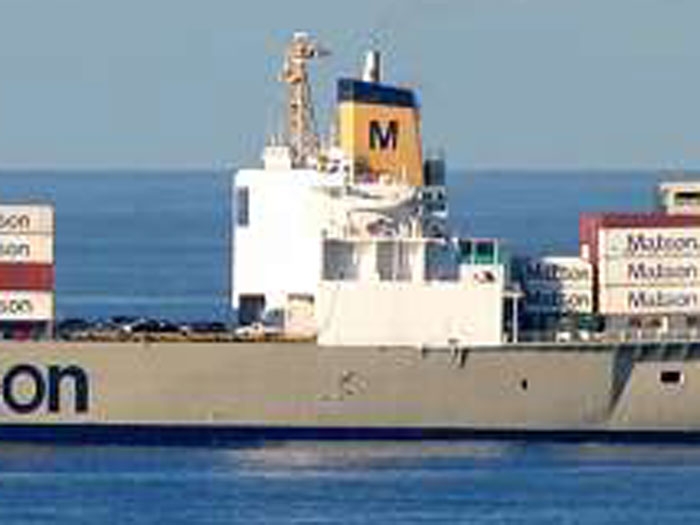 In an e-mail, Matson spokesman Jeff Hull said that the ship’s engineers were able to make repairs necessary to get the ship back up and running last night. “It’s moving slower than usual, but back on course to Honolulu,” says Hull. The Matsonia is now shceduled to arrive on Friday.

When the ship lost power, local media reported Matson spokesman Jeff Hull as saying engineers onboard were working to restore power, but that the emergency generator was functioning.

Originally delivered by Sun Shipbuilding in 1973, the Matsonia was later stretched by a midbody conversion at Todd Los Angeles in 1986 that increased her length to 760 ft. According to data on the Matson web site, she has a deadweight of 22,501 LT and a capacity of 1,712 TEU plus 45 autos.

She is one of a dwindling number of steam turbine vessels still in service worldwide.