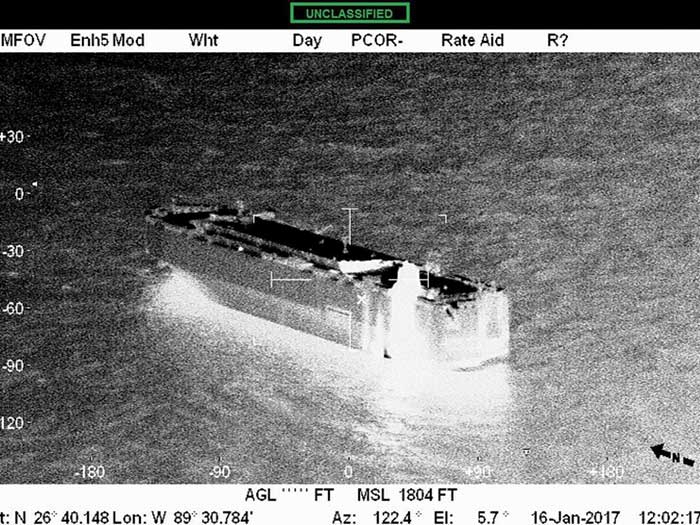 Coast Guard Aviation Training Center Mobile launched an HC-144 Ocean Sentry aircraft that conducted an overflight of the vessel and confirmed that the fire had been extinguished by crew members.