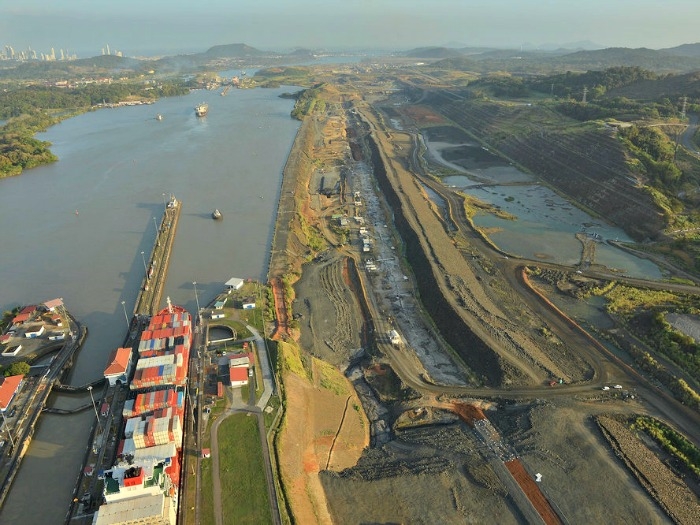 JUNE 27, 2015—The U.S. Trade and Development Agency recently awarded a grant to the Panama Canal Authority (ACP) to support the planning of a Liquefied Natural Gas (LNG) import terminal.  When the third set of locks are completed next year, the canal is expected to handle a significant LNG carrier traffic.  In order to capitalize on this growth, the ACP is interested in developing LNG-related infrastructure projects, including an import terminal.

“The U.S. Government is very pleased to partner with the Panama Canal Authority through this USTDA grant as the ACP looks to develop a LNG import terminal in the coming years to take advantage of the Canal expansion project,” said Chargé d’Affaires Kevin M. O’Reilly, who signed the grant agreement along with ACP Administrator/CEO Jorge L. Quijano.

“As we near the completion of the Panama Canal Expansion, we are eager to explore new segments such as LNG, which are now possible given our enhanced capacity to accommodate longer and wider ships. This grant by the USTDA will build on plans and projects related to LNG that are already ongoing and will present us with the ability to evaluate additional market opportunities and client services for the benefit of the U.S.-Panama energy trade,” said Quijano.

The USTDA-funded feasibility study will help the ACP set strategic priorities and plan projects related to LNG infrastructure and natural gas utilization at the Panama Canal.  The LNG terminal is anticipated to support the implementation of maritime- and energy-related projects that will accommodate increased shipping traffic through the expanded Canal.

The opportunity to conduct the USTDA-funded feasibility study will be competed through Federal Business Opportunities (FBO).