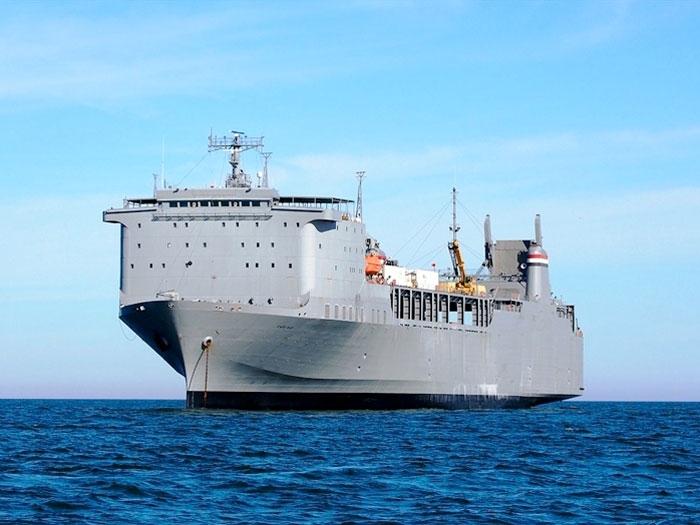 SEPTEMBER 19, 2014—The U.S. Maritime Administration honored Keystone Shipping Co. today for its role in operation of the M/V Cape Ray (T-AKR 9679), a specially outfitted U.S Ready Reserve Force vessel used in the destruction of Syria’s chemical weapons. The ceremony took place in Portsmouth, VA, where the Cape Ray returned to the U.S., following its mission for the joint Organization for the Prohibition of Chemical Weapons/United Nations in Italy.

“I could not be more proud of the crew of the Cape Ray, the entire Keystone Shipping team, and all the many people who made this mission a success,” concluded Keystone Shipping President Donald Kurz. “They accomplished something no one had ever tried: they destroyed, at sea, one of the world’s largest stockpiles of chemical weapons. In doing so, they helped make the world a little safer, and we are all grateful for their service.”

As we reported back on August 19, the Cape Ray loaded the chemical weapons at port in Italy and was put to sea and destroyed the material on board in international waters. The effluent (or byproduct) was stored onboard until all neutralization was complete and then was discharged as industrial waste to receiving facilities. Upon completion of final discharge, the Cape Ray was “scrubbed” and then returned to homeport of Portsmouth, VA for the demobilization of the FDHS system on board.