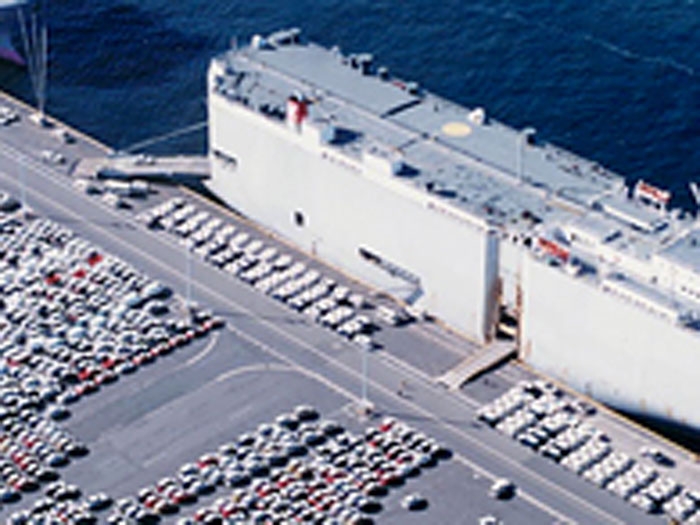 JULY 23, 2015 – Attorneys representing a group of consumers and auto and truck and equipment dealerships in antitrust claims against more than a dozen international shipping firms have reached a settlement with Japan’s Kawasaki Kisen Kaisha Ltd., known as K-Line.

The plaintiffs include the indirect purchasers of millions of vehicles transported to the United States. They claim that Tokyo-based K-Line and other maritime carriers have unlawfully conspired to rig bids, fix prices and overcharge for their services. The lawsuit notes that the market for transporting new vehicles for sale in the U.S. is almost $1 billion annually.

“We are delighted to announce the first major settlement in the vehicle carriers case. with K-Line,” says Dallas attorney Warren T. Burns of Burns Charest LLP, interim co-lead counsel for the end-payor plaintiffs. “This is a very significant and substantial first step to assure that American consumers are compensated for the conspiracy to fix the price of international car-shipping services. We expect to make the dollar amount public very soon as we file for preliminary approval of the class settlement.”

The settlement with K-Line was announced today, during a hearing before Judge Esther Salas of the U S. District Court for the District of New Jersey in Newark, NJ.

The court also heard arguments from other maritime company defendants seeking to dismiss the claims by arguing that the 1984 Shipping Act, which regulates ocean shipping companies, preempts state antitrust laws that protect indirect purchasers against price-fixing.

Mr. Burns countered with the argument that state antitrust laws complement the Shipping Act, and that Congress in no way intended to bar such state claims.

The other defendants include among others Nippon Yusen Kabushiki Kaisha (NYK Line) and Compania Sud Americana de Vapores (CSAV), both of which previously pled guilty to participating in the conspiracy that is still being investigated by the federal government.