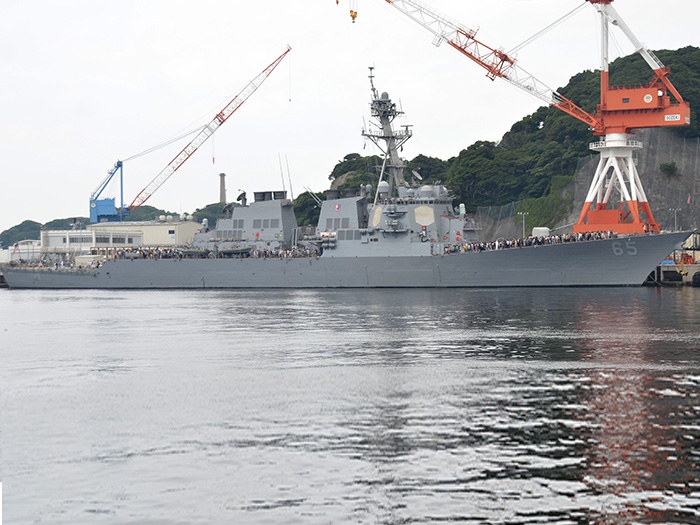 NOVEMBER 20, 2017 — Another U.S. destroyer has been involved in a collision, but in this case an apparently very minor one.

U.S. Seventh Fleet reports that the guided-missile destroyer USS Benfold (DDG 65) was participating in a scheduled towing exercise in Sagami Wan Nov. 18, when a Japanese commercial tugboat lost propulsion and drifted into the ship.

No one was injured on either vessel and Benfold sustained minimal damage, including scrapes on its side. Pending a full damage assessment, said Seventh Fleet, Benfold remains at sea under her own power.

The Japanese commercial tug was towed by another vessel to a port in Yokosuka. The incident will be investigated.

Benfold is forward deployed to the U.S. 7th Fleet area of operations in support of security and stability in the Indo-Asia- Pacific.