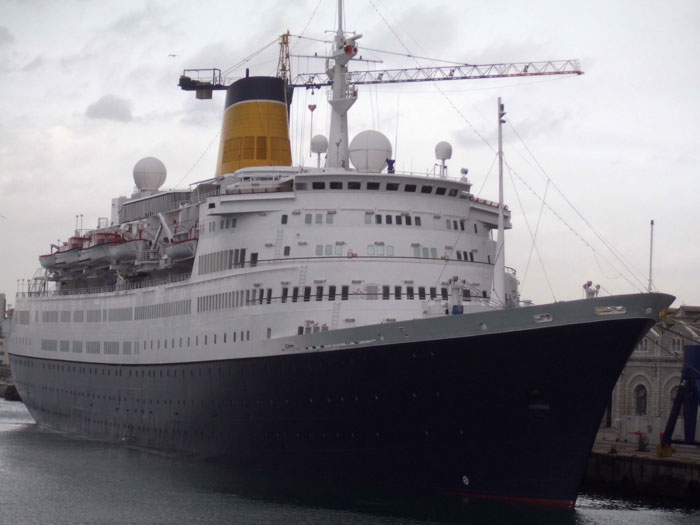 Delivered by Swan Hunter in 1972 to Norwegian American Line as Vistafjord, the ship is the last cruise vessel built on the Tyne.

The ship is the second to be docked by owner Saga Cruises at Gibdock, which previously previously docked Spirit of Adventure in 2011 for the same owner.

The the 13-day renewal Saga Ruby drydocking project required flexibility on the part of the shipyard, which was called upon to adapt its original repair plan to take account of additional works.

The original project demanded an extensive scope of work in a demanding time frame. Emerging work included repairs to items of hull damage, a wing tank, boiler supports, bulkheads in the tailshaft tunnel and sewage tanks. Six engine room coolers also had to be removed, cleaned and reinstalled and a new alternator fitted.

John Taylor, Gibdock Operations Director, says: “We had to change the whole repair plan, and time constraints were a significant issue. The ship had to leave on January 26th no matter what and we had to make sure all the additional repairs were finished by then. One of the challenges, as is often the case with cruise ships, was getting access to the damaged areas. For example, some cabins had to be cleared, pipes removed and water supplies shut down. The process was managed safely and efficiently, minimizing any delays and disruption.”

Two new sewage treatment units were fitted during Saga Ruby’s drydocking. This required cutting a 2.4 m x 2 m access window in the side shell, and once again an extensive internal area had to be cleared and pipes disconnected. Despite the additional work, Saga Ruby left the yard’s No. 1 dock on schedule on January 25.

Mr. Taylor reports: “All repairs were finished in accordance with the owner’s schedule. We showed what we could do under pressure.”

Peter Wright, Saga Cruises Head of Commercial says: “The yard rose to the occasion and delivered what we asked for, and more. We have used Gibdock before and they have always done a good job. The location was perfect for this particular project as well.”