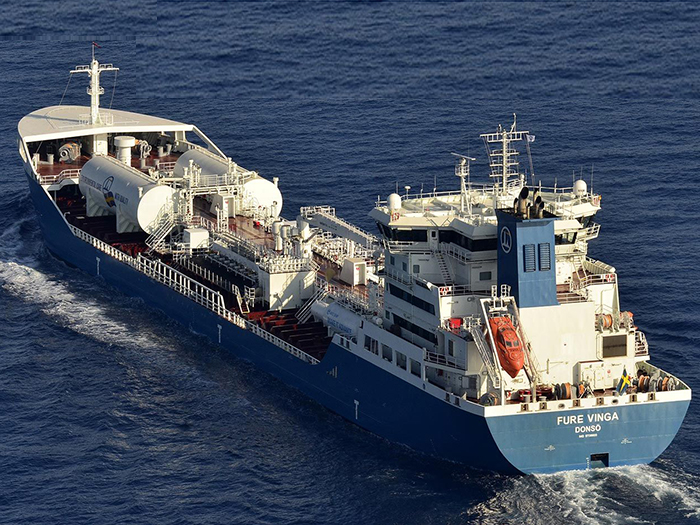 Neither privately held company has disclosed the price involved, however Furetank has already ordered an identical replacement ship with China’s Avic Dingheng Shipbuilding. The agreement with the yard includes an option for one further vessel.

Quebec City headquartered Desgagnés will rename the ship M/T Gaïa Desgagnés. Under that name, she will primarily carry refined petroleum products on the Great Lakes, the St. Lawrence, the Arctic and the East coasts of Canada and the United States.

The 150 meters long by 22.8 meters wide vessel has been built to ice class 1A and can carry nearly 20,000 cu.m of cargo in its tanks. She is also equipped with a bow thruster and a high-efficiency rudder.

The Gaïa Desgagnés will be the fifth vessel using liquefied natural gas as fuel to be integrated in the Desgagnés fleet since 2017, joining the first four, which were designed and built specifically for the company.

The vessel will arrive in Canada by the end of April for the closing of the transaction.

“In the year that has passed since the Fure Vinga was delivered we have had a lot of interest in our new vessels and the benefit they offer to the environment through reduced emissions and less noise,” said Lars Höglund, CEO Furetank Rederi AB. “We are selling the vessel with mixed feelings, but the commitment from her new owners, who also trade in winter climate with stringent environmental regulations, is also a confirmation that we have succeeded when designing the Fure Vinga. To replace her in our fleet we have therefore decided to order at least one further vessel at Avic Dingheng”