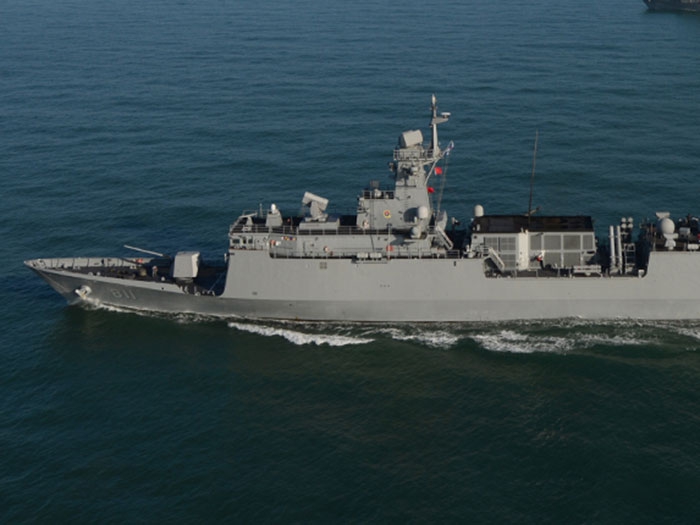 Capable of sailing at a maximum speed of 30 knots with an overall length of 122 meters and an overall beam of 14 meters, these two vessels would mark the seventh and eighth units of Phase II of the Navy’s Future Frigate Program called “FFG Batch-II,” completing the batch. Currently in the process of building the third and fourth units of the batch as previously ordered, HHI plans to commence on the construction of the two additionally ordered ships in the second half of 2020 for sequential delivery to the Navy by 2023.

Equipped with weaponry such as Tactical Surface to Land Attack Missile and Anti-Submarine ROCket (ASROC), the FFG Batch-II fleet boasts advanced combat power that is a step further from Batch-I’s, while also featuring a hybrid propulsion system that reduces underwater radiated noise and enhances submarine detection capability and survivability.

HHI is the only shipyard to participate in all three phases of the South Korean Navy’s Future Frigate Program. Building on its successful track record of delivering three 2,300-ton class frigates in Phase I of the program, HHI is now responsible for constructing four units of the Phase II fleet as aforementioned, while also working on the basic design process for Phase III.

“These new state-of-the-art frigates will be yet another testament to our long-established reputation of successfully constructing a number of warships,” said Nam Sang Hoon, Head of Special and Naval Shipbuilding Division at HHI. “We are honored to contribute to the Navy’s initiative to reinforce its combat capabilities.”

The frigate order brings the year-to-date number of ships HHI Group has on order to 153 valued at $13.3 billion in aggregate, which exceeds the group’s annul target for the shipbuilding sector.