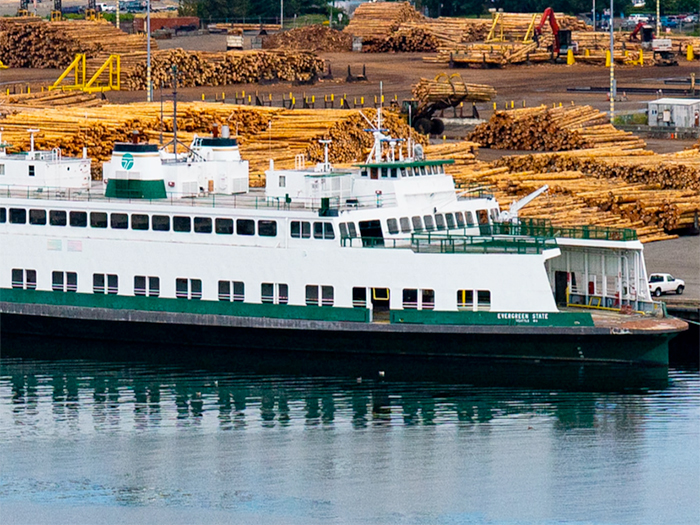 A retired Washington State Ferries vessel with a long history, the former Evergreen State, is to go on the block in a U.S. Marshal’s auction.

Built in 1954 and retired in 2015, the vessel is now named the M/V Dream and was bought from Washington State Ferries in 2017 with the new owner, Jones Broadcasting, reportedly having plans to move it to the Caribbean.

The 310-foot decommissioned ferry has been at the Port of Olympia’s marine terminal since April 2018 and, on September 15 it was arrested by the U.S. Marshal at the request of the port.

The ferry was arrested in conjunction with a federal court action by the port for unpaid moorage.

The Port of Olympia asserted a lien against the ferry for nearly $67,000 in unpaid dockage and fees.

The port says the last payment it received from the owner was in January, 2020.

The port issued a 90-day notice of seizure in late March 2020, which dictated a deadline of June 25, 2020 to settle up or risk further action by the Port. After the June 25 date, the Port continued to work with the vessel owner while he entertained potential buyers.

“Those efforts did not work out,” said the port at the time of the arrest.

Bidding starts at $50,000, no cash, payment by certified check to U.S. Marshals Service by 4.00 p.m. on day of sale. Auction attendees must wear masks and maintain 6 feet social distance.