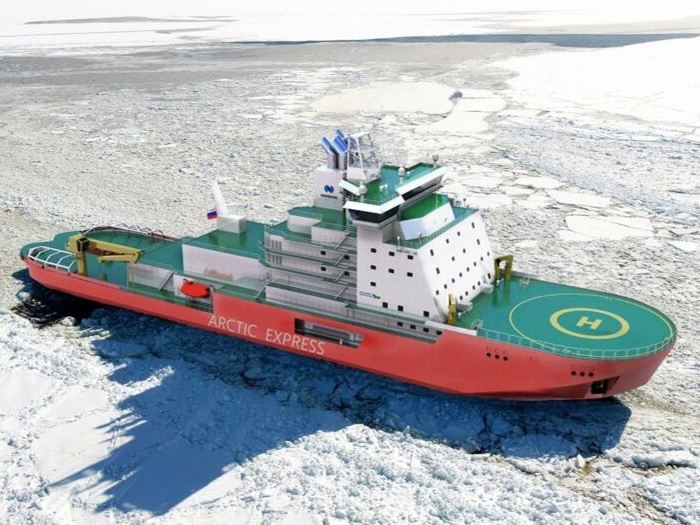 Finnish broadcaster YLE reports that the Finnish Ministry for Foreign Affairs has denied Helsinki Shipyard an export license for an icebreaker on order for Russian mining firm Norilsk Nickel.

Norilsk Nickel is Russia’s leading metals and mining company, its number one manufacturer of palladium and refined nickel, and one of the biggest platinum and copper producers in the world. Its president, Vladimir Potanin, is Russia’s second richest man and was made subject this June to U.K. Government sanctions aimed at “hitting Putin’s inner circle.” Almost immediately the sanctions were announced, Potanin’s superyacht Nirvana sailed for Dubai.

According to reports, Helsinki Shipyard had yet to commence construction of the icebreaker, although in January of this year it said that project procurement was proceeding well and that purchasing contracts for the main equipment for machinery and propulsion had been completed.

Norilsk Nickel ordered the icebreaker with plans to homeport it in Murmansk for operations in the Yenisei River basin, Yenisei Bay and the Kara Sea securing access to Dudinka seaport both for the mining company’d own fleet and its partners.

The concept design of the new vessel was developed in cooperation with Aker Arctic Technology Oy and ice model tests have been carried out.

If the project goes ahead, the new icebreaker will be the largest and most powerful diesel-electric icebreaker ever built in Finland, with an integrated LNG dual-fuel diesel-electric power plant giving it the power to break 2 meter thick snow-covered ice when operating either ahead or astern.

According to YLE, the sanctions on Russia have had a heavy impact on Helsinki Shipyard’s operations, and bankruptcy papers were filed against the company in September, although they were withdrawn the following day.

Helsinki Shipyard has been owned since 2019 by the Cyprus-based Algador Holdings, whose main shareholder is Vladimir Kasyanenko, a businessman also alleged to have close ties to Putin. Kasyanenko currently holds a Belgian passport.

The facility had previously been taken over in 2015 by Russian state-owned United Shipbuilding Corporation (USC) and was taken over by Algador when USC became sanctioned.