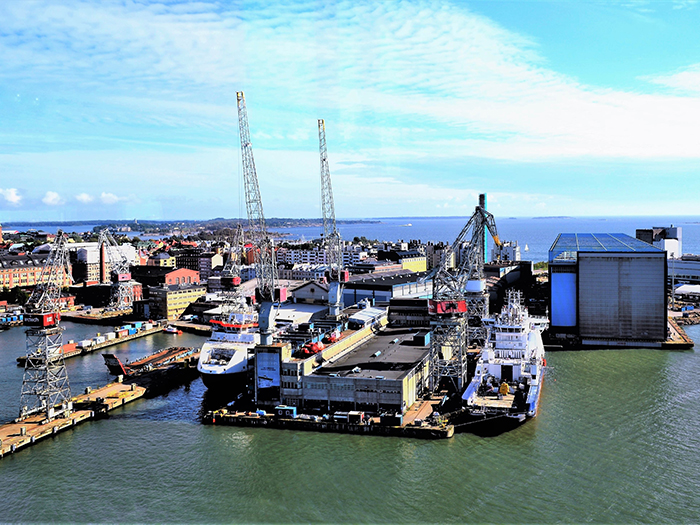 Finland’s Archtech Helsinki Shipyard is to get a new ownership and a new name. The yard’s efforts to win new orders have been severely hampered by the fact that it is currently owned by Russia’s United Shipbuilding Corporation, which is subject to both U.S. and EU sanctions.

Now, it seems, it is to be owned by a different Russian entity that is not subject to those sanction: Algador Holdings. That company is owned by Rishat Bagautdinov and Vladimir Kasyanenko, whose companies including Russia’s largest river cruise ship operator, Vodohod LLC.

Following the transaction AHS will continue its shipbuilding operations as a shareholder of Nevsky Shipyard LLC. The last vessel that will be delivered from Helsinki shipyard under AHS’s ownership is the Arctic tanker NB515, which completed sea trials on May 12.

“The transaction will not have any effect on subcontracts. AHS’s personnel will be transferred to Helsinki Shipyard Oy without changes to their contracts. Under the new owners Helsinki shipyard can concentrate on its core expertise, which are strong ice-class vessels and cruise ships”, says Victor Olerskiy, the incoming Chairman of the Board of the Helsinki Shipyard Oy, who is a former Deputy Minister of Transport of the Russian Federation

Establishing Helsinki Shipyard is described as “an important step in moving forward with tender backlog, which currently total at 1.5 billion EUR. The tenders consist of several cruise ships, icebreakers and LNG tankers. Letters of intent have already been signed for some of the tenders.”