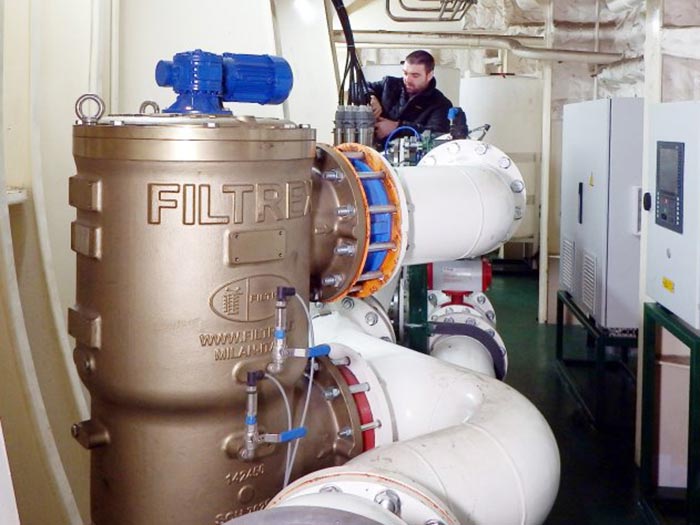 The system is manufactured by Evac’s Cathelco subsidiary which attained USCG Alternate Management Systems (AMS) acceptance for its original BWMS over four years ago.

When it became apparent that the USCG’s definition of “non-viable” would become the universal standard for testing ballast water treatment systems, Cathelco redesigned its equipment and embarked on another round of land-based and shipboard testing which was successfully completed last fall.

“We are delighted to have achieved USCG Type Approval which represents the culmination of many years work,” said Lauri Laaksonen, Chief Technology Officer, Evac Group. “As a second generation system, the Evac Evolution enables customers to benefit from the latest technical advances combined with experience gained with earlier version installations stretching back over almost a decade.”

Evac says its U.S. Coast Guard certificate is the first to show UV transmission (as opposed to UV intensity) as a real measurement of water quality. UV transmission data for ports around the world is readily available and Evac says that its system is the first BWMS to allow owners to make an informed decision about choosing a suitable system for their vessels’ trading patterns.

In May, the Evac system received IMO Type Approval to the revised G8 standard and the recently introduced Ballast Water Management Code which has much more robust definitions of the design limitations of the equipment than the original IMO standard.

The Evac Evolution BWMS, based on a combination of filtration and UV technology, incorporates a unique feedback “loop,” based on the measurement of UV transmission which determines precise dosage. It automatically adjusts to different seawater qualities in harbours and estuaries ensuring the optimum UV dosage is applied at all times, but saving on power whenever possible.

“We set the objective of achieving effectiveness down to 55% UVT in all salinities and we have adopted linear scaling which means that it will work on all types of vessels,” said Robert Field, Cathelco’s Technical Director.