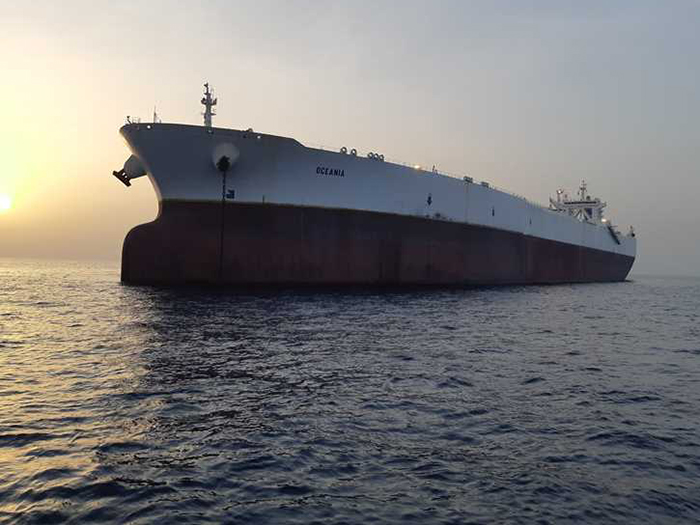 When the IMO 2020 global fuel sulfur cap kicks in on January 1, 2020, tanker giant Euronav NV (NYSE: EURN) should have no trouble obtaining compliant fuel. It already has 420,000 metric tons of the stuff stashed on a ULCC that’s repositioning to the Singapore area at the end of this month.

Releasing details of its IMO 2020 strategy, Euronav said today that  it has established a dedicated fuel procurement team and has thus far purchased 420,000 metric tons of compliant fuel oil (0.5% sulfur & 0.1% sulfur), paying an average of $447 per metric ton for Very Low Sulfur Fuel Oil versus $400 per metric ton for HSFO during the same purchase period.

“In summary,” says CEO Hugo De Stoop, “Euronav has purchased the equivalent of 420,000 metric ton of compliant fuel and Marine Gasoil at what we believe to be a competitive price. This volume can provide a substantial coverage of our fuel requirements during the initial period of the regulation.”

He added that leveraging the company’s balance sheet strength and operational capability to purchase and secure a supply of tested compliant product should “provide a natural hedge for Euronav against any lack of fuel oil availability, poor quality compliant fuel or unwanted price spikes and help establish strong, direct B2B relationships for future fuel sourcing.”

Euronav owns the world’s only only two operational ULCC vessels, the Europe (2002 – 442,470 dwt) and the Oceania (2003 – 441,585 dwt). It says that the pair are unique movable storage units for use of crude or fuel oil given their size and age. The Oceania has been used to store the compliant fuel Euronav has already purchased and is repositioning to the Singapore area later this month. The Europe is currently under commercial time charter with a third party until the end of 2019.

Euronav says that in line with its strategy of retaining a strong balance sheet to navigate the tanker cycle, a new $100 million revolving loan facility has been secured with a club of banks in order to assist funding of the compliant fuel inventory on the Oceania.

“The terms of this financing are attractive and in line with our other commercial bank funding regarding terms and rates,” says Euronav.”The fuel purchased will be accounted for in line with inventory management accounting rules.

Euronav says that the majority of its procurement activity so far and going forward has been on a new compliant fuel of 0.5% sulfur content and not a blended product.

“We believe that after a period where the markets will adapt to the new regulations, there will be ample and sufficient compliant fuel available to the shipping industry,” it adds.

Euronav continue to assess the potential retrofitting of part of its fleet with scrubbers, specifically the non-eco VLCCs (the majority of Euronav VLCCs are eco-type).

Euronav believes that it can still fully capture the potential benefits of an investment in scrubbers after the start of the regulation. “At that time,” it says,” the derivatives market of LSFO should have developed in size and in volume, allowingallow Euronav to fully lock in the benefits of the spread at the time of making the investment.”

It adds that this should even give it a “second mover advantage” in learning the flaws of the first round of installations and allowing it take a decision based on facts without having to speculate.