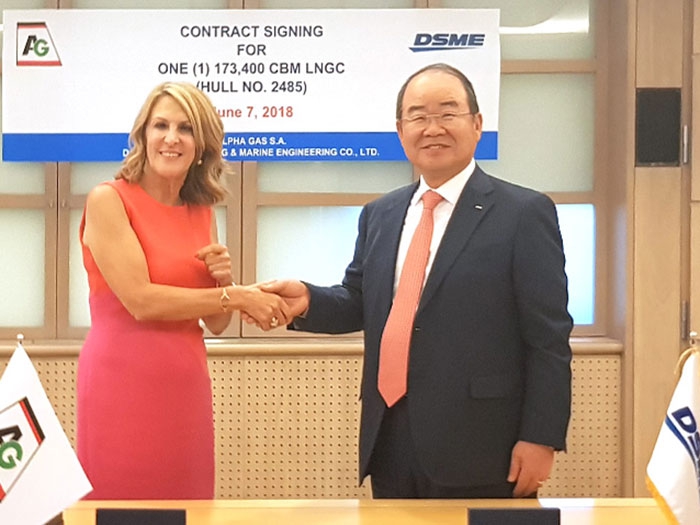 He told a news conference today that he expects DSME to win $7 billion worth of orders by the end of this year, close to its initial $7.3 billion target, but added that “we are making efforts to secure orders for offshore facilities for the rest of the year, which if realized, could help us surpass the order target.”

DSME added to its orderbook at last week’s Posidonia event, booking orders for a total of four vessels worth US $ 580 million, including two LNG carriers and two VLCCs

The LNG carrier orders included the exercise of an option by Alpha Gas SA for a 173,400 cu m LNG carrier, equipped with a natural gas fueled propulsion engine (ME-GI) and a full re-liquefaction system (FRS).

This year, DSME has won a total of 25 vessels worth about $3 billion, including 9 LNG carriers, 15 large crude oil carriers, and one special ship. This is an increase of some 3.7 times compared to orders received during the same period last year.

A DSME official comments, “As financial structure has improved and management appointment has been confirmed, the trust of shipowners in Daewoo Shipbuilding & Marine Engineering is getting bigger.”