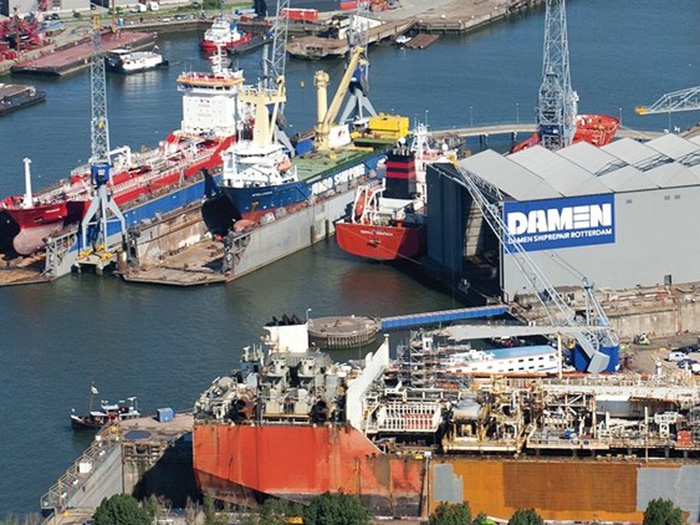 FEBRUARY 22, 2017 — Damen Shiprepair & Conversion has announced a reorganization that will see overall staff at three of its Dutch shipyards reduced by around 150 employees.

Damen says it has been forced to take the measures due to continued adverse market conditions.

While large-scale market fluctuations are common in ship repair, Damen focuses on diversification and on developing new product/market combinations. However, says Damen, the oil and gas market fallen so much that DSC unable to fill the void with other activities.
”The market expectations for the short and medium term are not positive,” says the company. “There is no recovery in sight for commodity prices in general and oil and gas prices in particular and the resulting reduction in ship repair projects forces DSC to review its situation. Unfortunately, one of the consequences of this, is downsizing the number of permanent staff in all layers of the organization, as well as reducing facility costs.”